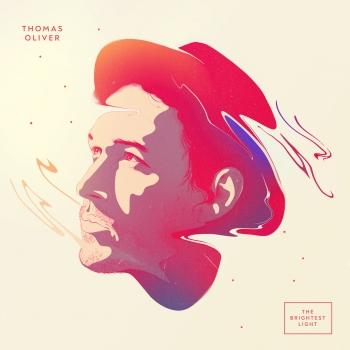 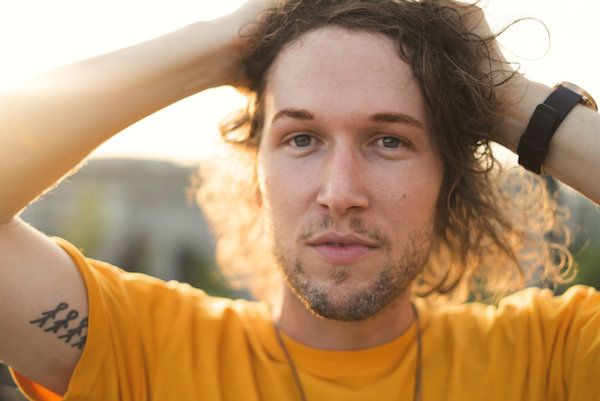 Thomas Oliver
represents the openness of the mind and the heart, both as a musician and as a human. He touches people's lives in all corners of the globe as he draws a connection between various forms of music that could otherwise be considered polar opposites, and he invites people into an artistic perspective which is entirely unique. His warm demeanour and story-telling on stage are as much a part of his musical identity as his unmistakable falsetto-singing range or his world-renowned touch on the lap-slide guitar, or his celebrated vocal contributions to the genre of Drum & Bass music (for which he is currently a finalist for the Best Vocalist Award at the Drum & Bass Arena Awards (with the winner still to be announced). Thomas Oliver is the epitome of the term, “one-of-a-kind”.
Produced in Berlin and recently announced for release on March 6th, 2020, is full-length album, The Brightest Light; a colourful and dynamic journey through Soul, Roots, RnB and Folk, and Oliver's distinctive perspective on the world around him. The first single (released in October), Bulgarian Mountains, has captured the hearts of many, including the millions of Bulgarians who have seen any of the numerous pieces across the biggest television stations in the country, telling Thomas's story and the story behind the song, inspired by a chance meeting with a Bulgarian girl in Amsterdam named Martina.
First and foremost, Thomas Oliver is a singer-songwriter, and for his songwriting he was awarded the most prestigious songwriting award in his home country of New Zealand (the APRA Silver Scroll Award – Song Of The Year) in 2016, for his hit, If I Move To Mars, from his last studio album titled Floating In The Darkness, which debuted at #6 on the Official New Zealand Music Charts.
“One of New Zealand’s most talented musicians.” - Ambient Light
“One of New Zealand’s best musicians.” - Pip Squeaks Music
Simultaneously, Thomas is one of the most celebrated vocalists in the genre of Drum & Bass, having released a massive 20 collaborations with some of the genre's finest producers, including Logistics, Hybrid Minds, Nu:Logic, Black Sun Empire, Urbandawn, Trei, Concord Dawn and Etherwood, and having been released on some of Drum & Bass's most prestigious labels, including Hospital Records, Metalheadz, Blackout and RAM Records.
Whilst currently based in Berlin, Oliver has toured and performed throughout New Zealand, Australia, Europe, the UK, Asia and the USA, has also shared the stage with such legends as Joe Cocker, Fat Freddy's Drop, Eric Clapton, Xavier Rudd and My Baby, and has performed at numerous international festivals including Sziget (Hungary), Monsoon Festival (Vietnam), Homegrown (New Zealand), Let It Roll (Czech Republic), and Edinburgh Fringe Festival (Scotland).
As well as being an award-winning songwriter and an international award-nominated Drum & Bass vocalist, Thomas is also recognised as one of the world's leading players of the Weissenborn lap-slide guitar, and, in 2013, he took momentary leave from his singer-songwriter roots to create Beneath The Weissenborn, an unprecedented album which explored the acoustic lap-slide guitar, and received 5-star reviews around the world, and sold out shows across the country.
“Beneath The Weissenborn paints the kind of pictures that words can't express. He joins Leo Kotke, Ry Cooder and Michael Hedges as someone who has made buying a guitar album a must.” - Stuff.co.nz
2017 saw the release of the full-length live album, 'Live at the Crystal Palace', recorded over two consecutive sold-out nights at the Crystal Palace in Oliver's home town of Hawke's Bay, New Zealand.