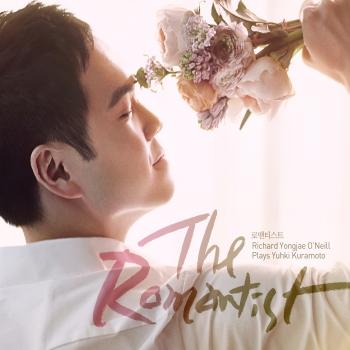 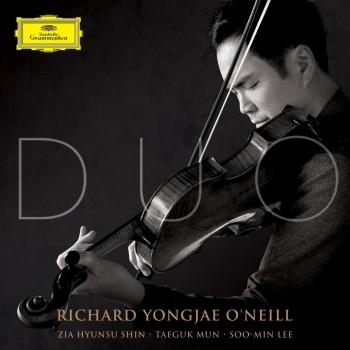 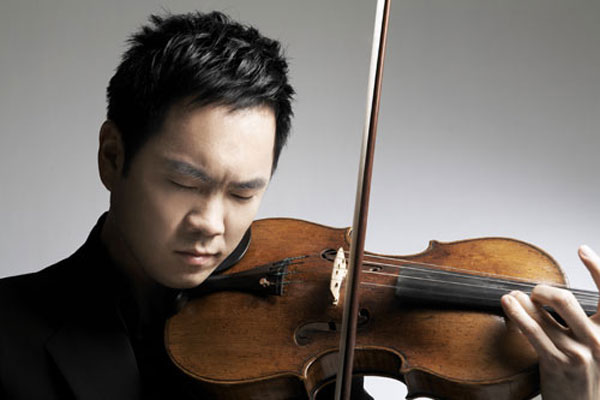 Richard Yongjae O'Neill
Praised by the London Times as “ravishing” the Los Angeles Times as “technically immaculate” the Seattle Times as “fantastic” the Boston Globe as “sensational” the San Francisco Chronicle for his “fierce virtuosity” the Dallas Morning News for his “most spectacular viola playing” and the New York Times as “high class” with an “elegant, velvety tone” VIOLIST RICHARD O’NEILL is one of the very few violists ever to receive an Avery Fisher Career Grant as well as a Grammy Award Nomination (Best Soloist with Orchestra). Concerto appearances include the London Philharmonic with Vladimir Jurowski, the Los Angeles Philharmonic with Miguel Harth Bedoya, the Seoul Philharmonic with François Xavier Roth, the KBS and Korean Symphony Orchestras, the Moscow Chamber Orchestra, Alte Musik Köln and Sejong. Highlights of this season include performances with the London Philharmonic with conductors Vassily Sinaisky and Yannick Nézet-Séguin in Royal Festival Hall at London’s South Bank Centre, as well as on tour to Seoul Arts Center and the National Concert Hall of Madrid, a sold-out Kennedy Center debut with pianist Warren Jones, his third season as Artistic Director of DITTO, his South Korean chamber music initiative featuring four sold out concerts at Seoul Arts Center and a 10 concert nationwide tour, as well as his 5th solo recording for Deutsche Grammophon. He has made solo debuts at Carnegie’s Weill and Zankel Halls, Avery Fisher Hall, The Kennedy Center, Wigmore Hall, Salle Cortot, and Seoul Arts Center.
A UNIVERSAL Classics Recording Artist, he has made four solo albums that have sold well over 100,000 copies. His two most recent albums, Winter Journey for Deutsche Grammophon and Mysterioso for ARCHIV Produktion, have both earned him Platinum Disc Awards. His 2nd album, Lachrymae for UNIVERSAL Korea was the best selling Classical as well as International Pop Recording of 2006. His fifth album, a two-disc set featuring the viola works of Brahms for Deutsche Grammophon will be released this year.
Much in demand, hewas recently appointed to the roster of the Chamber Music Society of Lincoln Center as an Artist of the Society, becoming the third violist in the Society’s history after Walter Trampler and Paul Neubauer. He also serves as the resident violist of Camerata Pacifica. He was the sole violist of Chamber Music Society Two from 2004-06, and for six years served as principal violist and soloist of Sejong, a conductorless string orchestra. He has collaborated with many of the world’s finest musicians including Leon Fleisher, Garrick Ohlsson, Menahem Pressler, Barry Douglas, Gil Shaham, Joshua Bell, James Ehnes, Nicola Benedetti, Ani and Ida Kavafian, Kyung-Wha and Myung-Wha Chung, Kyoko Takezawa, Cho-Liang Lin, Elmar Oliviera, Jamie Laredo, Gary Hoffmann, Steven Isserlis, Carter Brey, Frans Helmerson, Peter Wiley, David Soyer, Edgar Meyer, Ransom Wilson, Eugenia Zukerman, David Shifrin, Richard Stolzman, the Emerson and Juilliard String Quartets, Ensemble Wien-Berlin, among others. Festival appearances include Marlboro, Aspen, Bridgehampton, Brooklyn, Casals, Chamber Music Northwest, Great Mountains, La Jolla, Mostly Mozart, Music Academy of the West, Prussia Cove, Seattle, St. Barthelemy, and TongYeong.
A popular figure in South Korea, he was the subject of a two-part, five-hour documentary for the Korean Broadcasting System that was broadcast to over 15 million people, and has been featured on all of Korea’s major television networks, radio, newspapers and magazines. His chamber music project, DITTO, was the most popular classical music presentation of 2008, introducing over 15,000 people to chamber music. A commercial model, Special Representative to UNICEF, marathon runner and author, he has also written a best selling classical appreciation guide. In the United States, he has appeared on PBS Live from Lincoln Center and CNN, served as Young Artist-in-Residence for National Public Radio in Washington D.C., and has been featured on national radio broadcasts of the Chamber Music Society of Lincoln Center.
An advocate for the music of our time, he has collaborated with many composers including Elliot Carter, Paul Chihara, Mario Davidovsky, Oliver Knussen, Jo Kondo, Peter Lieberson, Huang Ruo, David del Tredici, Melinda Wagner, Charles Wuorinen and John Zorn, many for whom he has made world premieres and recordings. A Viola Concerto commission from Huang Ruo will be premiered in 2011 as part of Camerata Pacifica’s Messenger Project. . In addition to his recording contract with UNIVERSAL/DG, Mr. O'Neill is dedicated to recording lesser known music for labels such as Naxos, Bridge, Centaur and Tzadik: his recordings of Schoenberg and Webern for Naxos were the subject of an extensive New York Times article which described his performances as revelatory. Recordings of Stravinsky’s Elegy for Solo Viola as well as Schoenberg's String Trio, Ode to Napoleon and Third String Quartet are due to be released on Naxos in the coming year.
The first violist to receive the Artist Diploma from The Juilliard School, he holds a Bachelors of Music, magna cum laude from The University of Southern California and a Master of Music from The Juilliard School. He has studied with Paul Neubauer and Donald McInnes. Residing in New York City and Los Angeles, he was recently honored with a Proclamation from the New York City Council for his achievement and contribution to the Arts. A dedicated teacher as well as performer, Mr. O’Neill serves on the faculty of the Herb Alpert School of Music at the University of California, Los Angeles as its youngest member.
He plays on a fine and rare viola made by Giovanni Tononi, of Bologna, circa 1699.