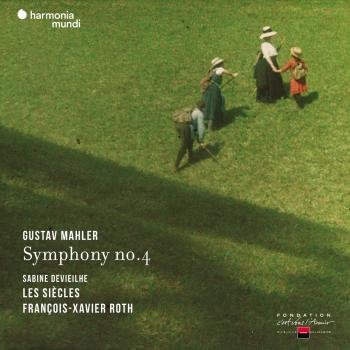 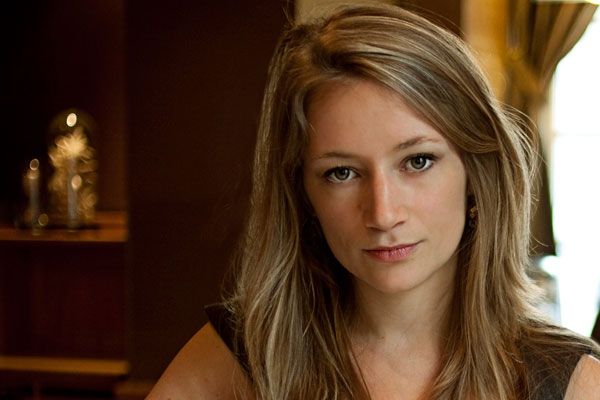 Sabine Devieilhe
Originally from Normandy, Sabine Devieilhe first studied cello and musicology before dedicating herself completely to her vocal studies at the Conservatoire National Supérieur de Paris. Even during her student days, the young coloratura soprano worked with the Ensemble Pygmalion under Raphaël Pichon and with Les Cris de Paris under Geoffroy Jourdain, also appearing in concert with the Orchestre de Paris, Les Arts Florissants under the baton of Emmanuelle Haïm, with Les Musiciens du Louvre under Marc Minkowski and Le Concert Spirituel under Hervé Niquet. Conducted by Jean-Claude Malgoire, she first sang the role of Amina in Bellini’s La Sonnambula and the role of La Folie in Rameau’s Platée.
Shortly after her graduation, she was invited to the Festival d’Aix-en-Provence to sing Serpetta in Mozart’s La finta giardiniera, to Montpellier for the title role in Léo Delibes’ Lakmé and to Lyon for her debut as Queen of the Night in Mozart’s Die Zauberflöte. She was also named “Révélation Artiste Lyrique” at the 20th edition of the Victoires de la Musique in 2013.
In the meantime, she has appeared in the role of Soeur Constance in Poulenc’s Les Dialogues des Carmélites in Lyon, Paris and Amsterdam. In the title role of Léo Delibes’ Lakmé, she was celebrated at the Opéra Comique in Paris as well as in Toulon, Avignon and Marseille. At the Opéra National in Paris, she performed the Queen of the Night as well as Hero in Berlioz’ Béatrice et Bénédict. This was followed by Euridice in Gluck’s Orfeo ed Euridice at La Monnaie in Brussels, Adele in Johann Strauss’ Die Fledermaus at the Opéra Comique, Mélisande in Debussy’s Pelleas et Mélisande and Nannetta in Verdi’s Falstaff at the Marseille Opera. Her debut at the Gyndebourne Festival as Fire/Princess/Nightingale in Ravel’s L’enfant et les sortilèges was hailed as a success. Sabine Devieilhe also performed this work in concert with the Orchestre de Paris at the Philharmonie in Paris and with the Swedish Radio Symphony Orchestra under Esa-Pekka Salonen in Stockholm.
She enjoyed further success at the Théâtre des Champs Elysées as Ismene in a new production of Mozart’s Mitridate as well as Amina in a concert performance of Bellini’s La Sonnambula. In the summer of 2016 this was followed by a new production of Handel’s Il trionfo del tempo e del disinganno at the Festival d’Aix-en-Provence, where she took on the role of Belezza. She was acclaimed by audience and reviewers alike for her debuts as Blonde in Mozart’s Die Entführung aus dem Serail at La Scala Milan, as Queen of the Night in Mozart’s Die Zauberflöte at the Royal Opera House Covent Garden, and as Marie in Donizetti’s La fille du régiment at the Zurich Opera and at the Vienna State Opera. Further Highlights include her role debut as Zerbinetta in a new production of Ariadne auf Naxos at the Festival d’Aix-en-Provence, as well as her highly acclaimed debut at the Salzburg Festival with a programme of Mozart arias.
The 2018/2019 season brought for Sabine Devieilhe a new production of Mozart’s Die Zauberflöte at La Monnaie in Brussels, where she starred as Queen of the Night in a new production of Romeo Castellucci before making her debut as Ophélie in a new production of Thomas’ Hamlet at the Opéra Comique in Paris. Furthermore she had a great success as Sophie in Strauss‘ Der Rosenkavalier at the Zurich Opera and as Zerbinetta in a new production of Strauss’ Ariadne auf Naxos at La Scala in Milano and as Marie in Donizetti's La fille du régiment at the Royal Opera House Covent Garden. Another highlight was a new production of Rameau's Les Indes galantes at the Paris Opera under the baton of Leonardo García Alarcón in the fall of 2019.
Sabine Devieilhe feels equally at home as a recitalist on the concert podium. At the beginning of the season 2021/2022, she will present her new lied programme Chanson d'amour together with Alexandre Tharaud at London's Wigmore Hall, the Vienna Konzerthaus, the Frankfurt Opera, the Elbphilharmonie Hamburg, the Philharmonie Luxembourg, Bordeaux, Rouen Strasbourg and the Concertgebouw Amsterdam.
Highlights of the season 2021/2022 include staged productions such as Händel’s Alcina (Morgana) at the Opéra National de Paris, Mozart’s Zauberflöte (Queen of the night) at the Bavarian States Oper in Munich, Ambrois Thomas‘s Hamlet (Ophélie) at the Opéra Comique in Paris and a new production of Händel’s Giulio Cesare (Cleopatra) at the Théâtre des Champs Elysées also in Paris. Concert projects include Mozarta arias & Mahler's IV Symphony with Les Siècles and Francois-Xavier Roth, a new programme of Händel & Bach with the Ensemble Pygmalion and Raphaël Pichon which will be performed in Bordeaux, La Rochelle, Paris, Vienna, Brussels and in Essen. Another concert highlight for Sabine Devieilhe will be Britten's Les Illuminations with the Bavarian State Orchestra under the baton of Vladimir Jurowski in Munich, Luxembourg and Brussels.
Since 2012, Sabine Devieilhe has been an exclusive recording artist for Erato/Warner Classics. Her debut CD featuring arias by Rameau garnered several awards, including a Diapason d’Or. Since then, the Mozart album The Weber Sisters has been released with the Ensemble Pygmalion and Raphaël Pichon, L’enfant et les sortilèges with the Orchestre Philharmonique de Radio France, and recently her solo album Mirages with Les Siècles under François-Xavier Roth, which won two of the coveted trophies at the 25th edition of the Victoires de la Musique in 2018. In December 2018, this album was nominated for a Grammy. Together with Emmanuelle Haïm, Léa Desandre and Le Concert d'Astrée, an exciting album was created around the early strokes of genius of the young baroque master Georg Friedrich Händel, which was released by Erato/Warner Classics in November 2018. In the fall of 2020 the album named Chanson d'Amour with French Melodies by Fauré, Poulenc, Debussy and Satie that Sabine has recorded with Alexandre Tharaud was released by Warner Music.