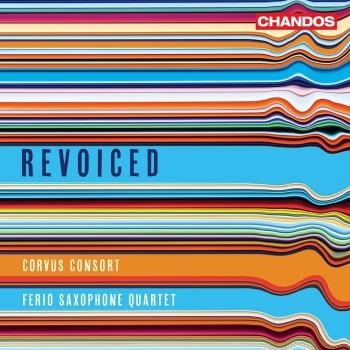 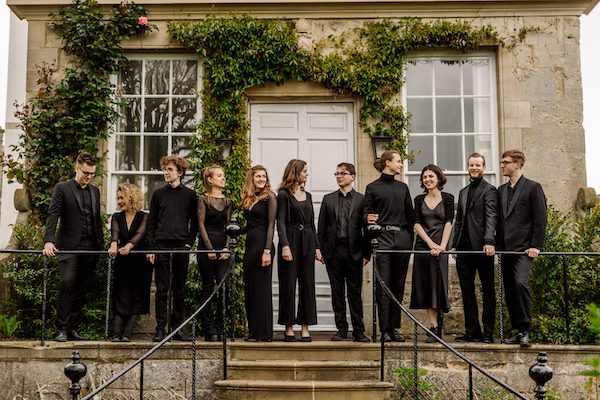 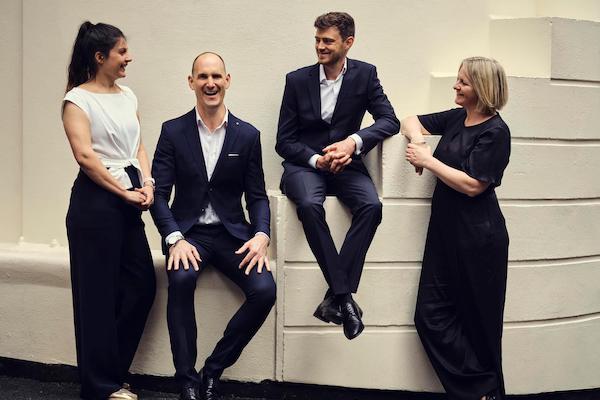 The Corvus Consort
is a vocal ensemble based in the UK. Founded and directed by Freddie Crowley, the group draws its members from a pool of young professionals in the early stages of their singing careers.
With key objectives of musical versatility and innovative programming, the Consort performs in a wide variety of genres and styles, stretching from the Renaissance to the present day, and enjoys a range of instrumental collaborations. The ensemble is also flexible in size and forces, so it can be carefully tailored to each particular performance context.
In addition to their projects with the Ferio Saxophone Quartet, other ongoing collaborations include a programme of music for upper voices and harp with harpist Louise Thomson, and an improvisatory exploration of Renaissance soundworlds with Music on the Edge.
For Christmas 2020, the Corvus Consort commissioned twelve of the UK’s most exciting young composers to write miniature works for a choir of twelve voices based on the well-known song The Twelve Days of Christmas, as part of a festive project entitled “Twelve Composers Composing”. The resulting works were released online in twelve short videos throughout the Twelve Days of Christmas, and received their live performance premieres in December 2021.
Since making its first appearance in 2018, the Consort has enjoyed performances such as Chiltern Arts Festival, Winchfield Festival, Kings Lynn Festival, Music on the Quantocks, Lamberhurst Music Society and Borough Theatre Abergavenny, as well as becoming Ensemble-in-Residence at the brand new Whiddon Autumn Festival in 2021. Future engagements include Church Stretton Festival, Simonsbath Festival and Exeter Cathedral.
Ferio Saxophone Quartet
As one of the leading British saxophone quartets among the new generation of artists, the Ferio Saxophone Quartet consistently receives a highly enthusiastic reception from audiences and critics alike. Winner of the 2015 Royal Over-Seas League’s Ensemble Competition, the quartet was also a Park Lane Group Artist and St John’s Smith Square Young Artist for 2016-2017.
Since then, their engagements have included performances at Wigmore Hall, St Martin-in-the-Fields and the Bermuda, Edinburgh Fringe, Brighton, Newbury, Machynlleth, North Norfolk and Petworth Festivals. Commissioning new music is also an important strand of Ferio’s work and they have commissioned works by Laura Bowler, Simon Rowland-Jones and Guillermo Lago.
More recent highlights include performances at Beaminster and Ryedale Festivals, a first visit to Festival Septembre Musical de l’Orne in Normandy, further collaborations with pianist Timothy End at Church Stretton Festival and Absolute Classics, and taking masterclasses at the Royal Welsh College of Music and Drama.
Ferio records with Chandos Records, for whom they have released three discs: their debut commercial CD ‘Flux’ in July 2017, ‘Revive’ in November 2018 – launched at ‘Rhinegold Live’, hosted by Classical Music Magazine – and most recently ‘Evoke’ in October 2021 with pianist Timothy End, which included world premiere recordings of three brand new arrangements by Iain Farrington. ‘Revoiced’, their aforementioned disc in collaboration with the Corvus Consort, will be their fourth album for Chandos, due for release in July 2022.