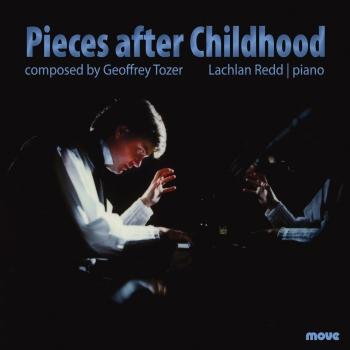 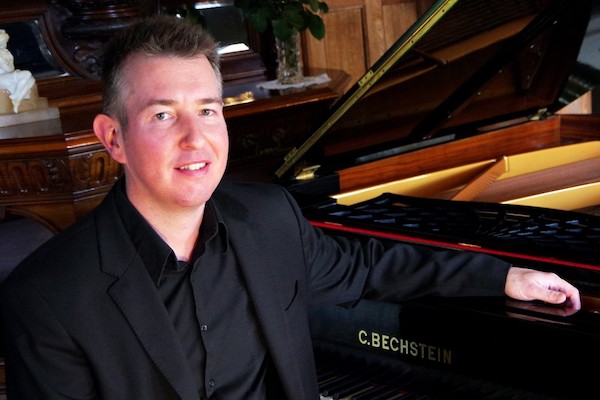 strong>Lachlan Redd
Concert pianist Lachlan Redd came to international attention when, aged just twenty, he won First Prize in the prestigious Virtuosi of the Year 2000 competition in St Petersburg. It was April 1995 and The Australian newspaper reported that Lachlan, ‘an unknown young Australian has astonished the musical might of Russia by walking off with the country’s premier prize for young pianists’. Twelve months later, at less than twenty-four hours notice and without rehearsal, Lachlan replaced Bruno Leonard Gelber, in two performances of Rachmaninov’s Piano Concerto No. 3 with the Melbourne Symphony Orchestra, conducted by Yan Pascal Tortelier at Hamer Hall. The first performance (also recorded) was broadcast live on ABC Radio National. It was so successful that Maestro Tortelier agreed that Lachlan should play the second performance the following night. In the same year, Lachlan won the Keyboard Final of the ABC Young Performer of the Year and received the University Medal as the top student at the Australian National University. In 1997 he was awarded a scholarship by the Queen’s Trust to study at the Manhattan School of Music. Two years later, he completed his Masters of Music there, under Philip Kawin. By then, Lachlan had recorded Richard Meale’s demanding piece, Coruscations. His performance, greatly lauded by the composer, became Lachlan’s first commercially released recording.
Since then Lachlan has played throughout Australia as both a soloist and recitalist, appearing with nearly all the major orchestras, performing works such as Chopin’s Piano Concerto No.1, Rachmaninov’s Piano Concerto No.2 (Great Classics Series), Gershwin’s Rhapsody in Blue and Beethoven’s Piano Concerto No. 1. The Australian critic wrote, ‘Lachlan Redd is a superb pianist. In Beethoven’s First Piano Concerto, the highlight of Sunday’s concert, he demonstrated a maturity of conception and a breathtakingly impressive technique.’ By 2007, Lachlan had twice won the Bach Prize at the Australian National Piano Awards and performed extensively in Australia, Belgium, England, Germany, Russia, Scotland and the United States with leading conductors including Nicholas Braithwaite, Janos Furst, Michael Halasz, Yan Pascal Tortelier and Vladimir Verbitsky, greatly enlarging his repertoire to include many new solo works, several Mozart concertos, Stravinsky’s Concerto for Piano and Wind Instruments and Brahms’s Piano Concerto No.2.
In 2008 Lachlan received glowing reviews for his performance of Rachmaninov’s Piano Concerto No. 2 in Melbourne. Soon afterwards he was engaged as soloist by the Australian Ballet to play Tchaikovsky’s Piano Concerto No. 2 for the revival of Balanchine’s Ballet Imperial, giving sixteen performances of the Concerto under the baton of Nicolette Fraillon. Thereafter, he began to divide his time between an increasingly busy schedule of international engagements, and continued to appear throughout Australia in the capital cities and on regional tours. Highlights during this period included Lachlan’s special appearance as soloist with the Chamber Orchestra of St Pauls, playing Mozart’s Piano Concerto No.23 and the premiere of Geoffrey Tozer’s composition Arpeggionata in Federation Hall, Melbourne, on 2 September 2011. Subsequently, the Tozer Estate offered Lachlan an exclusive contract to premiere a series of other Tozer compositions including the extraordinarily difficult Fugue in C# Major, the series Pieces From Childhood and the virtuosic Piano Sonata in C (1978). He is now scheduled to perform and record several Tozer works in 2013 and 2014.
In 2013, Lachlan completed a regional recital tour in eastern Australia, gave further recitals in Europe and performed Mozart’s Piano Concerto No 12 in A K.414 in the magnificent Melbourne Recital Centre, under the baton of the internationally respected English conductor and Baroque specialist, Peter G. Dyson. In August, Lachlan returned to London to perform the same concerto, under Maestro Dyson, at St Martin in the Fields.
Since 2014, he has recorded two discs of Tozer compositions, Pieces from Childhood (launched by the former Prime Minister of Australia, the Hon. Paul Keating) and Pieces After Childhood (2018). Lachlan has continued to perform on tour in eastern Australia, with performances of Mozart's Piano Concerto No. 27 in the Elisabeth Murdoch Hall, Melbourne Recital Centre, the world premiere of Tozer's Sonata in C at the Peninsula Music Festival, and a special performance at the MIFF premiere of The Eulogy. Lachlan also appears in the film, and the soundtrack features several of his performances of Tozer compositions. In 2019, Lachlan Redd returns to London for performances of Mozart concertos and recitals.