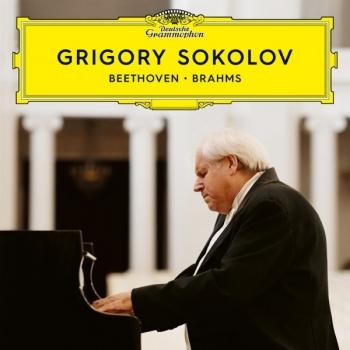 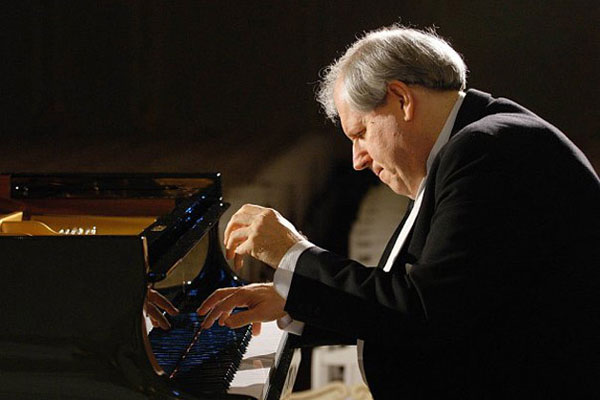 Grigory Sokolov
Born in St Petersburg, Grigory Sokolov began studying piano when he was five, attracting early attention from Russian musical circles due to his precocious and extraordinary talent. At seven, he was admitted to the St Petersburg Music Academy in Leah Zelikhman's class. In 1966, at the age of sixteen he rose to prominence in the musical world as one of the most interesting and promising talents of his generation by winning the First Prize of the Tchaikovsky Competition, an award granted unanimously by a jury presided by Emil Gilels.
The depth of his musical approach, the width of his repertoire (from Byrd to Schönberg), the seriousness and originality of his musical intentions, together with the precision of his performance are praised by the public and by world critics alike. He is regularly invited to perform in the most prominent venues in Europe, the United States and Japan. He has appeared in London, Paris, Vienna, Berlin, Amsterdam, Munich, New York… and worked with the most prestigious orchestras such as the New York, London and Munich Philharmonic orchestras. Myung Whun Chung, Neeme Järvi, Herbert Blomstedt, Sakari Oramo, Valery Gergiev, Trevor Pinnock are among the 200 conductors under whose baton he has performed.
His discography with Melodya and now Opus 111 also includes live recordings acclaimed by the press, such as historical recordings of pieces by Bach, Beethoven, Chopin, Schubert, Brahms, Rachmaninov, Prokofiev. About his recording of The Art of Fugue with Opus 111, critic Bill Newman describes Sokolov's performance as full of skill, clarity and rythmic panache. His version of the Diabelli Variations (Opus 111) is also hailed by the critics.
Grigory Sokolov's performances use the whole spectrum of colours allowed by the instrument and contrast the slightest nuances of the partition. His talent associates a volcanic personality with an unmatched musical stature.