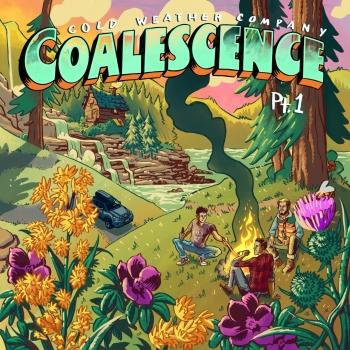 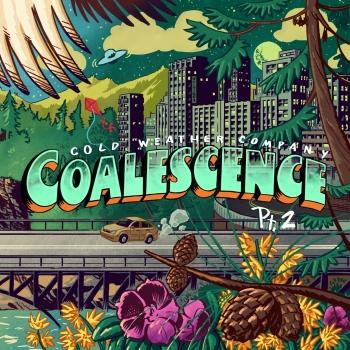 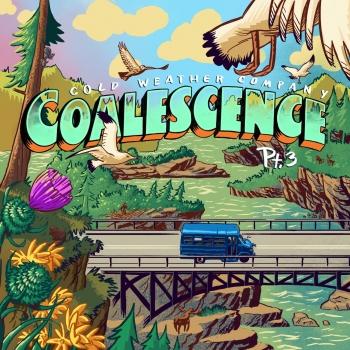 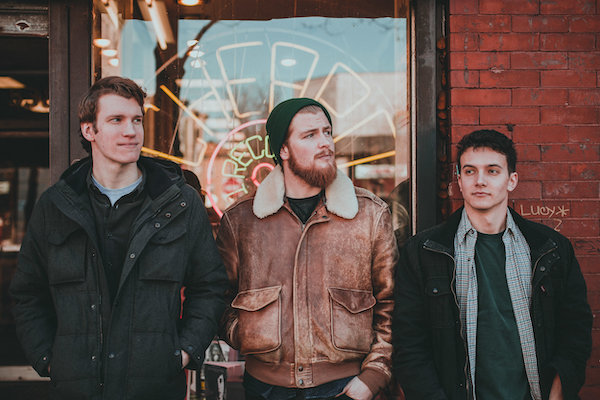 Cold Weather Company
Steadily building their artistic style and audience both along the East Coast and online for the past four years, New Jersey-based alternative folk band Cold Weather Company carries a diverse sound, rich with harmonies and instrumental builds. The band combines the various writing approaches and influences of its three members, Brian Curry, Jeff Petescia, and Steve Shimchick, to create unique arrangements and intricate layering with three voices, two guitars, and a piano at the core.
With two full-length albums released and their third expected later this year, Cold Weather Company continues to join listeners on their journeys.
In what seems like a scene out of Forrest Gump, Brian and Jeff met in 2011 on a park bench at Rutgers University. The two instantly recognized various similarities between them such as the clothes they wore, the guitars they carried, and their overall music goals. They played a few songs together and exchanged information. They would soon met up again, but after a rushed attempt at starting a band, the two lost touch until late 2012, when they reconnected at a series of open mics hosted on the College Ave campus of Rutgers University. Standing out amongst the other musicians at these events was Steve Shimchick, who the two quickly befriended. Steve had been producing his own original music for some time, and his unique voice and approach to the piano separated him from his peers. Another year passed.
In the Fall of 2013, the three began collaborating in a college house on Huntington Street in New Brunswick. After one or two jam sessions, they were already in the middle of writing their first song, "Horizon Fire." Excited and ambitious, they played their first show on November 15th, 2013 at a charity event at Rutgers. The response from the audience served as verification that the group was on to something, and this officially gave birth to what would eventually be called "Cold Weather Company."
A mere three months after their first show, Cold Weather Company was playing multiple events a week. They even managed to open for the up-and-coming group, Jamestown Revival, at The Saint in Asbury Park. While they were gaining traction, one obstacle stood in their way: Jeff was leaving to study abroad in New Zealand for five months. With this in mind, the band turned their attention toward recording their music and piecing together all of Jeff's parts before his departure.
Jeff returned on July 1st, 2014, and the band reunited to play a show just two days later in Asbury Park. They then spent the rest of the summer playing shows in the New Jersey/New York area, while focusing their efforts on the last stretch of recording for their debut album.
In October of 2014, the trio spent an extended weekend in the Catskills to record "Recollection," "Fall Low," and "Seafarer," the three final tracks for their debut album, "Somewhere New." The 13-track, 14-song album was released on January 22nd, 2015. Looking to do something for the greater good with their album release, the band ran what they called the "Cold Weather Coat Drive," allowing fans to receive a copy of "Somewhere New" in exchange for a coat donation. They later donated all of the coats to a local homeless shelter.
In December of 2016, the band released their second full-length album, "A Folded Letter."
The band is currently in the process of finishing their third full-length album and then hoping to travel more - send them a message if you'd like to see them somewhere in particular!