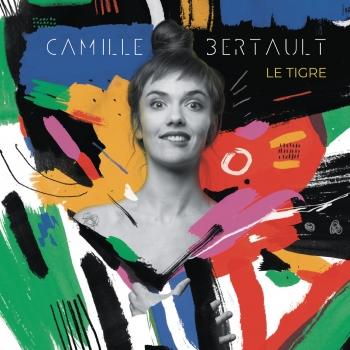 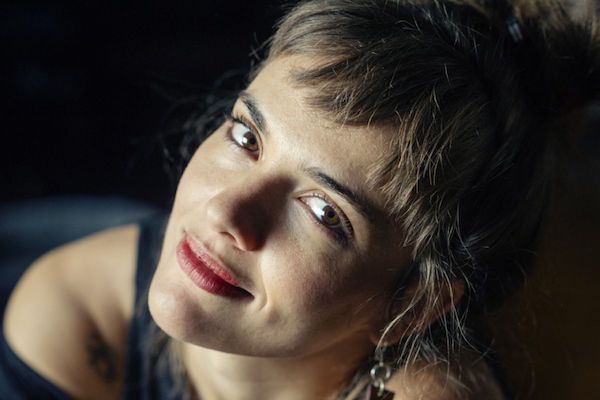 Camille Bertault
Since being discovered via the social networks (with more than 800 000 views and 30 000 followers on Facebook) where she sings the solos of the great jazz masters (such as her video of “Giant Steps” which instantly went viral), people have not stopped talking about Camille Bertault. While pursuing her diploma in classical piano at the conservatory, Camille was also studying voice and theater at the same time. After graduating, she enrolled in the jazz department where she continued her studies in music theory, composition and improvisation.
Driven by her passion for writing and literary composition, she wrote and published two musicals for the young audience. Camille then began singing her own French lyrics and poetry on jazz standards and, finally, on her own compositions.
Her first album “En Vie” offers a beautiful assembly of her writings, arrangements, and compositions which be released by the New Yorker label Sunnyside and be distributed by Naïve on April 2016.
“Pas de Géant” will be released on 19 January 2018 by Sony Music. The album’s title is a homage, sidestep and claim all at once. It is the literal translation of Giant Steps, the legendary John Coltrane standard from 1959, which Camille Bertault made her own in a YouTube video, including every note of the saxophone solo and marking the start of her rise in spring 2015.
In the album Pas de géant, she turns this virtuoso exercise into a phenomenal, liberated vocal display, explaining, sharing and declaring her passion – the astonishing song Là où tu vas [Wherever You Go]. This funny, erudite text is both humble and provocative. She asked Ravi Coltrane for permission to put it over Giant Steps and record – “We met up, I explained my approach and he accepted”.
And what was her approach? Words, rhythms, notes, a staggering way of having its meaning rush around at breakneck speed over music at the top of its game; sweet, free and unbridled in style. In truth, Coltrane has a bigger influence on her than do singers, even Betty Carter or Ella Fitzgerald.
But it’s also worth listening out for the clear paradoxes she writes into the lyrics for Certes [Sure] (“Certes, il faut ne pas trop penser / Penser en s’remplissant la panse / De vide gras et d’existence / Et se concentrer sur sa chance” [“Sure, don’t think too much/Think while you fill your belly/With fatty nothingness and life/And concentrate on your luck”]). And then there’s the textual farce of Comptes de fées [Fairy tales] (“Elle c’est la fée, lui c’est le comte / Des contes de fées, il en raconte / Sur le contrat, il conte fleurette / Vite fait bien fait à fée Clochette” [“She’s the fairy, he’s the noble/He tells fairy tales/About the contract, he woos Tinker Bell/Quickly and masterfully”]).
And she sings the aria from Johann Sebastian Bach’s Goldberg Variations at full speed, covers Serge Gainsbourg’s Comment te dire adieu, the surrealist Conne by Brigitte Fontaine and La Femme coupée en morceaux by Michel Legrand, written and sung in Brazilian over some Wayne Shorter and in French over Bill Evans…
Her giant steps go in ten different directions at once, weaving Les Double Six together with Helen Merrill, Claude Nougaro with Meredith d’Ambrosio, the films of Jacques Demy with Lambert, Hendricks & Ross, Jacques Loussier with André Minvielle… Her thoughts: “I wanted an album which reflected me rather than one which reflected its own genre.”
It’s true that she is a young woman of her time with a tangle of solid roots. Her father is an amateur jazz pianist and she has always sung with him on and off. But at the age of eight, she sat down at the piano and set about the whole conservatoire experience (Ravel, Debussy, Chopin, Scriabin) while developing a passion for the vocal stylists of Brazil (Elis Regina, Djavan, Cesar Camargo). And she also listened to Jeff Buckley, Björk, Fiona Apple, Léo Ferré, Barbara, Serge Gainsbourg…
When she was twenty, she rebelled. She shut her scores, moved to a drama class and wrote and played pieces for children. “I started to sing in a cabaret style, somewhere between a narrator and actor. But it was jazz that bewitched me.” By chance she ended up at the Paris Conservatory which gave her solid training in harmony, composition and jazz singing. Camille Bertault discovered the theory behind her spontaneous creations, combined improvisation and her cabaret joys, came back to Ravel via jazz – “the pleasure of combining all the stages I had passed through”.
The next stages were natural: she filmed herself singing Coltrane’s part on Giant Steps and the buzz ensued. Soon afterwards in 2016 her first album, En vie [Alive], emerged. Then François Zalacain, head of American label Sunnyside, introduced her to Michael Leonhart and Dan Tepfer. Michael, a trumpeter and multi-instrumentalist would produce her new album while Dan would accompany her on piano. “They’re both French-speaking and interested in the text,” enthuses Camille Bertault, who doesn’t want to make albums where the voice just serves as an instrument. She likes lyrics to hold the limelight and many of her colleagues on this album have had their own adventures in song – Stéphane Guillaume on saxophone, Daniel Mille on accordion, Matthias Malher on trombone, Christophe « Disco » Minck and Joe Sanders on bass, Jeff Ballard on drums. Together they have created more than an album just about jazz, vocals or some pre-set fusion: Pas de géant is an album about Camille Bertault, her encyclopaedic culture of pleasure, her taste for vocal cascades, her silky sensitivity, her tendency for acrobatics and her evident unbridledness. Coltrane couldn’t have seen her coming but he is sure to be looking down and smiling.