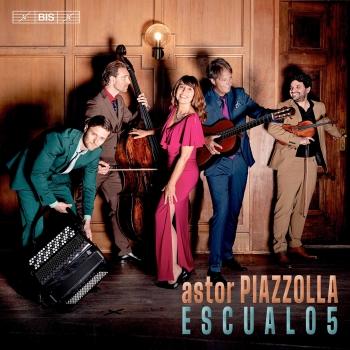 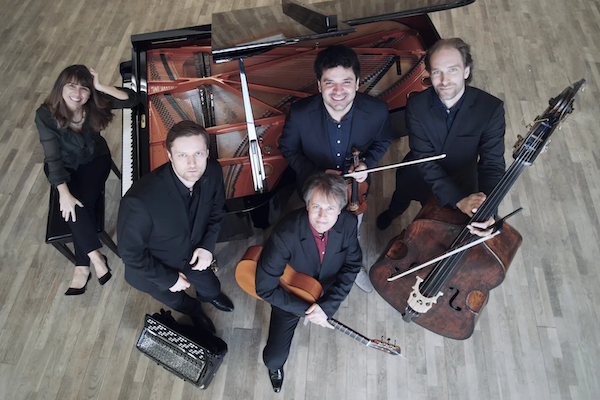 Iason Keramidis
performances are profoundly emotional and full of southern energy.
Grown up with his brothers in Greece, who are professional violinists as well, they practiced together and music became his daily companion from his childhood on.
Iason studied violin performance at the music academies of Karlsruhe and Stuttgart with Prof. Ingolf Turban, Prof. Ulf Hoelscher as well as chamber music with Prof. Michael Uhde & Markus Stange.
Since age 13 he has won prizes in numerous national and international competitions. He was a scholar at various foundations and plays a violin of Ferdinando Gagliano (1752) on loan from the State Collection Baden-Württemberg.
As a soloist, he played, among others, with the Bulgarian Symphony Orchestra Sofia, Thessaloniki State Orchestra, Baden-Baden Philharmonic, Athens State Orchestra, Deutsche Staatsphiharmonie, National Orchester of Lithuania and the National Greek Opera Orchestra. He has toured for solo concerts through the Czech Republic, Bulgaria,United Kingdom, Norway, Russia , Italy, Switzerland, Austria, France, Spain, Brazil, Japan,China, USA, South Africa and Latin America.
Since April 2018, Iason has been deputy concertmaster of the Munich Philharmonic. He is a member of Lucerne Festival Orchestra and of World Orchestra of Peace.
Franz Halász
Grammy winner Franz Halász began his international career by winning the first prizes at the Andrés Segovia Competition in Spain and the Seto-Ohashi International Competition in Japan. The American-German guitarist was described in his New York debut as "simply electrifying!" In Soundboard Magazine. His first solo CD with Spanish music was praised as unsurpassed, even superior to the legendary Segovia. Since then he has performed all over the world as a regular guest at major festivals and events, sharing the stage with Siegfried Jerusalem, Patrick Gallois, Alban Gerhard, Isabelle Faust, Boris Pergamenshikov, Robert Aitken and with orchestras such as European Chamber Orchestra, Symphony Orchestra from Nuremberg, Tapiola Sinfonietta, Polish Chamber orchestra and Brazilian Symphony Orchestra. His acclaimed discography includes the complete work of Joaquin Turina, Toru Takemitsu, Hans Werner Henze, Sainz de la Maza, Frederic Mompou, J.S. Bach and Sofia Gubaidulina. Since 2010, Franz Halász holds the first guitar chair at the Munich University of Music and Performing Arts.
Débora Halász
Praised by the critics as a “superb virtuoso with a prodigious technique“ (American Record Guide) and her performances as "an overwhelming experience" (Fanfare-USA) the Brazilian Débora Halász is among the leading South American pianists of her generation. She gave her debut with the "São Paulo State Symphony Orchestra" at the age of fifteen becoming the Critics' Prize (APCA) as the best soloist of the year in her country. Her wide discography includes works by Villa-Lobos, Ginastera, Schostakowich, Sofia Gubaidulina, Castelnuovo‐Tedesco and Carlos Seixas. The complete recording of Villa-Lobos' piano music was enthusiastically acclaimed by the international press as "the most successful account of Villa-Lobos on record" (Fanfare-USA). With her husband, Franz Halász, she built the “Duo Halasz”, guitar and piano, acclaimed by the critic as “magnificent”, “an exciting team” and “a fascinating and multifarious experience”. Débora Halász and Franz Halász won 2015 the Latin Grammy Award for the recording „Alma Brasileira“ (BIS Label) with works by Radamés Gnattali as Best Classical Album.
Débora Halász teaches at the University of Music and Performing Arts in Munich. In 2020 DUO Halasz released a new BEETHOVEN Album, also by BIS Recordings.
Philipp Stubenrauch
Since 2004 Principal Double Bass of the Bavarian Radio Symphony Orchester, Philipp Stubenrauch was born in Mainz. At the young age of 6 he began to learn the piano, and when he turned 13, he held a Double bass in his hands for the first time. Soon afterwards he began taking lessons with Alexandru Chis in Konstanz and became later in Munich a member of the illustrious Academy of the Bavarian Radio Symphony Orchester. In Geneva he was enrolled in the soloist's class of Franco Petracchi. In 2004 he graduated in Frankfurt with First Class Honors and in 2006 he received the "Diplôme de Soliste", likewise with Honors from Geneva. Philipp Stubenrauch is a prize winner of national and international competitions, including the German Federal 'Jugend Musiziert' Competition twice, second prize in the Julio Cardena competition in Portugal and prize winner at the International Markneukirchener Music Competition. He performs as soloist with Orchesters, including the BR Orchester and as chamber musician through Europe, USA , Asia and Latin America.
Alexander Kuralionok
is one of the most outstanding concert accordionists of the younger generation. From a very early age he was influenced by the great Russian tradition of accordion playing. Kuralionok studied with Prof. Dr. Valentin Chaban at the "Belarusian State Academy of Music" in Minsk and graduated with distinction. In 2003 he moved to Munich where he completed his studies at the University of Music and Performing Arts receiving his Master.
Alexander Kuralionok is a prize winner in numerous international competitions such as first prize in the "Coupe Suisse de l'Accordeon"and in the "Gasteig Competition" Munich, third prize in the "Citta di Castelfidardo" and the second prize in the "Deutscher Akkordeon Musikpreis“.
He is a regular member of the "Kammeroper München" and is also a frequent guest of many symphony orchestras. Kuralionok is devoted to contemporary music and is a prolific arranger and composer. He plays a custom-made instrument by the Wassiljew brothers, Moscow.