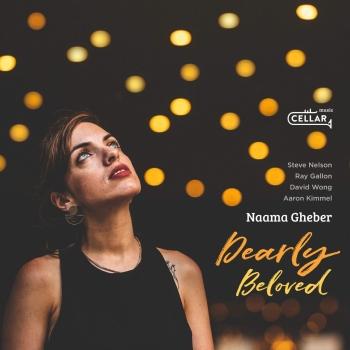 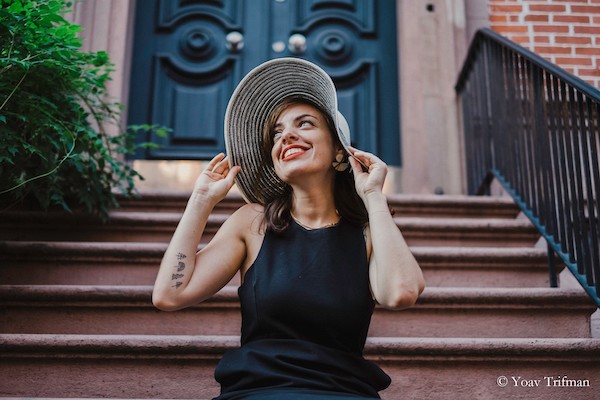 Naama Gheber
is a New York-based jazz vocalist inspired by the emotionally direct compositions of Rodgers and Hart, Fields and Hugh, Cole Porter and other great composers and lyricist of the 1930’s and ‘40’s. Possessed with an urbane and elegant voice, Gheber’s sensitive interpretation and crisp phrasing have become recognizable elements of her signature style and timeless appeal. Gheber has performed across Europe in celebrated festivals and jazz clubs. In NYC Gheber has performed at acclaimed jazz venues such as Birdland Jazz Club, Smalls Jazz Club, Mezzrow Jazz Club in which she currently holds a monthly residency, Cornelia Street Cafe, The Cell Theater and many more.
Gheber recorded her debut album featuring vibraphonist Steve Nelson, pianist Ray Gallon, bassist David Wong and drummer Aaron Kimmel. "...a promising debut... which augurs well for future releases."- Cree McCree, Downbeat Magazine.
Dearly Beloved will be released in April 2020 with Cellar Live.
​Naama was born in 1991 to aspiring scientists in Be’er Sheva, a southern city in the Negev desert. When she was four years old, the family relocated to Baltimore MD, for a period of four years. “When I think of it, that was probably where my infatuation with American culture and music was first formed” she recalls. Her parents thought it best for her to study piano. "That was where music first entered my life, but after ten years of classical piano, I kind of got tired of it. I realized that I actually wanted to sing".
In spite of her wish, Naama wasn’t encouraged to pursue singing right away. "To this day, my father will tell you that I couldn’t carry a note until a late age. When I asked for singing lessons, my parents offered drama classes instead”. It was not until her senior year in high school when she decided to study voice professionally. “I used my grandparent’s graduation gift to pay for lessons with the famous Israeli singer Ricki Gal. It was such a big deal for me, a young girl from the south, taking weekly trips to Tel Aviv to study with a master!
Somewhere into our third lesson she said: 'You know, you should really be singing jazz.’” ​
In 2012 Gheber was accepted to the The Center for Jazz Studies in Tel Aviv, where she spent three years studying jazz and classical voice. Exposed to new music, she was infatuated by singers like Ella Fitzgerald, Billie Holiday and Frank Sinatra. " I was seduced by the urbane lyrical style along with the beautifully constructed melodies these singers were singing. I immediately felt at home with these songs. I worked on finding my own voice within these standards and found ways to insert fresh concepts, make them interesting." ​
Naama was offered a scholarship to attend The New School in NYC in 2015. She graduated in 2017, while performing professionally at notable venues and clubs throughout the city.
Naama teaches music theory, piano and voice to children and adults, both in group and private sessions. Naama conducts workshops for jazz vocalists, musicians of all instruments and the general public. Her background and teaching style allow her students to make noticeable progress in a short amount of time.