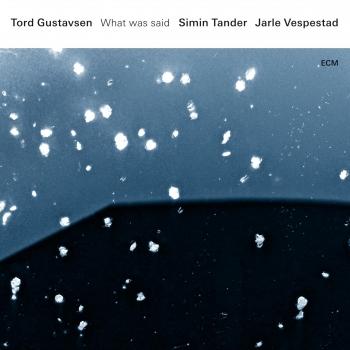 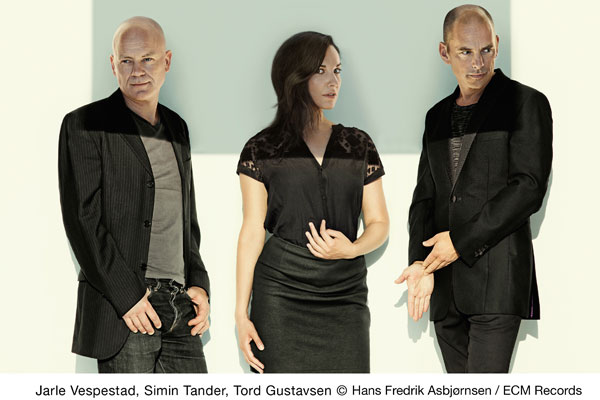 Tord Gustavsen
Pianist Tord Gustavsen has released four albums on ECM Records with his ensemble and trio; 'Changing Places' (2003), 'The Ground' (2005), 'Being There' (2007) and 'Restored, Returned' (2009/2010). His music has been met by a huge volume of critical approval around the world (cf. Critics). The recent release also won the Norwegian Grammy Award (Spellemannsprisen).
After playing primarily in trio format for several years, Tord launched his new project, Tord Gustavsen Ensemble, in 2008 with a commissioned work for the Vossajazz Festival in Norway, followed by a few selected performances leading up to a new recording in 2009. Tord also plays in duo and trio formats with the musicians in the new ensemble.
Before starting his solo career, Tord had already been an important part of the Norwegian jazz scene for several years. His playing has formed a cornerstone in projects featuring some of the finest Norwegian singers, including Silje Nergaard, Siri Gjære, Kristin Asbjørnsen, Solveig Slettahjell and Live Maria Roggen. The urge for individual expression fuses with acutely attentive listening in creative interplay, making Tord a very special experience both as a soloist and as an ensemble player. While relating to fields like Scandinavian folk music, gospel, Caribbean music and cool jazz alike, Tord's ensembles present a unique universe of lyricism and subtle funkiness. His way of conversing jazz history with 'Nordic' reflective moods and lyrical beauty brings about an intriguing voice on today's music scene.
Tord tours extensively world-wide with his projects (cf. Live). He can be heard on several albums; in addition to his own releases there are releases with Kristin Asbjørnsen, Silje Nergaard, the Nymark Collective, the Ulrich Drechsler Quartet, Carl Petter Opsahl, and the duo aire & angels.
You can read more about Tord's biography, about his theoretical thesis 'The Dialectical Erotism of Improvisation', and about his other musical projects on his personal web site: www.tordg.no
She is one of the most amazing personalities in young European jazz. With her enchantingly tender and equally expressive, masterful voice Simin Tander builds bridges between occidental jazz and arabesque-like vocal flights, between song-writing experiment, chanson and intimate ballad. Along with her quartet, the German-Afghan singer draws a fascinating route to her Mid-Eastern heritage and into the depths of her soul in her second CD.
Simin Tender
“It is a journey – to myself, through the world of my emotions and thoughts and to my Afghan roots”, explains Simin Tander. Where Water Travels Home does not show us a conventional road movie: imaginative and labyrinthine, and therefore all the more compelling for the listener, are the sound routes which this water takes, and rather than the compass of the mind it follows the path of the heart.
“Where water travels home” – this is no abstract image. For the daughter of an Afghan journalist/poet and a German teacher, it rather means the actually experienced search for her identity. As a mature singer, she is now posing the question of the where from and where to in her second CD, which turns out to be a masterpiece of song-writing with an improvisational touch. Simin Tander and her marvellous quartet build dramatic tension over the course of 13 stations, traversing past and present in a free-flowing dramaturgy.
In the past few years Simin has become one of the rising stars of the Dutch and German jazz scene. Her performances at the North Sea Jazz Festival, the BIMHUIS, the prestigious Amsterdam Concertgebouw, Berlin Jazzmeeting, Women In Jazz Fesitval /Halle, JAZZAHEAD /Bremen and her concerts with Dutch Jazz star Eric Vloeimans have received rave reviews.
Beside the Netherlands and Germany Simin is developing an internationally recognized reputation with performances at the Bohemia Jazz Fest (Czech Republic), Catania Jazz Festival (Italy), Madrid Jazz Festival (Spain), OCT LOFT Festival (China), Hong Kong Jazz Festival, the Jarasum Jazzfestival (South Korea) and many more.
Her name is Persian and a beautiful promise for her future: “silvery shining”.
Jarle Vespestad
Jarle has been one of Scandinavia's most in-demand jazz musicians for several years. His range of experience covers projects like Farmers Market; Supersilent and the Silje Nergaard Band, as well as duo cooperation with saxophonist Tore Brunborg, trio with Petter Wettre, and appearances with Bugge Wesseltoft. Along with fierce technique and startling abilities in complex rhythmic landscapes, Jarle has a unique sense of expressive minimalism and quiet moods, which is really featured in Tord's ensemble.