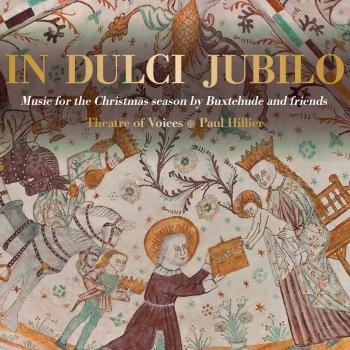 In Dulci Jubilo: Music for the Christmas Season by Buxtehude & Friends 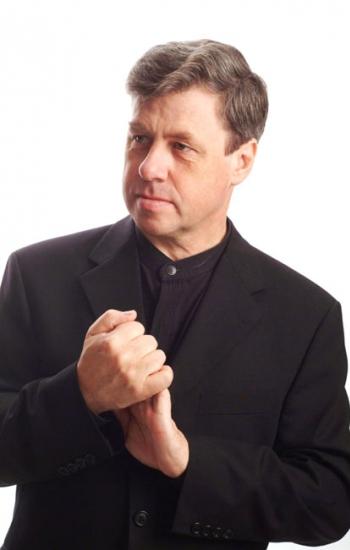 THEATRE OF VOICES was founded by Paul Hillier in 1990 and is widely recognized as one of Europe’s foremost vocal groups. Current projects include music ranging from Perotin to Dowland, and many of today’s most eminent composers such as Berio, Pärt, Reich, Cage, and Stockhausen.

During 2007 members of the group performed John Adams’s Grand Pianola Music in Los Angeles, conducted by the composer; they also premiered a new John Cage event - John Cage and the Music of Always - at the Stimmen Festival in Germany; and in Australia performed the premiere of Pärt’s Passio with special film by Paolo Cherchi-Usai (European premiere in Copenhagen in September with Ars Nova). In August the group gave two concerts at the Edinburgh Festival, and in October they premiered a new work by David Lang, The Little Match Girl Passion, at NewYork's Carnegie Hal - the program also included Berio's A-Ronne. In November they appeared with Steve Reich and Musicians in Normandy's Festival d'Automne, performing Reich, Pärt, Perotin and the European premiere of Lang's Little Match Girl Passion, which won the 2008 Pulitzer Prize. The work has been recorded for Harmonia Mundi and was released last May.

2008 included the opening of Berliner Festspiele with Stockhausen’s Stimmung - at the composer’s own request - and at the BBC Proms and the Sacrum Profanum Festival in Poland. 2009 includes tours in Australia, France, UK, Sweden and Mexico. In May 2009 the ensemble presented a new production by Chinese composer Liu Sola at the Barbican Centre and Takkelloftet at the Royal Opera in Copenhagen – The Afterlife of Li Jiantong. The group’s most recent CDs include Cries of London (English renaissance music), Stockhausen’s Stimmung (the Copenhagen version) and David Lang’s Little Match Girl Passion.