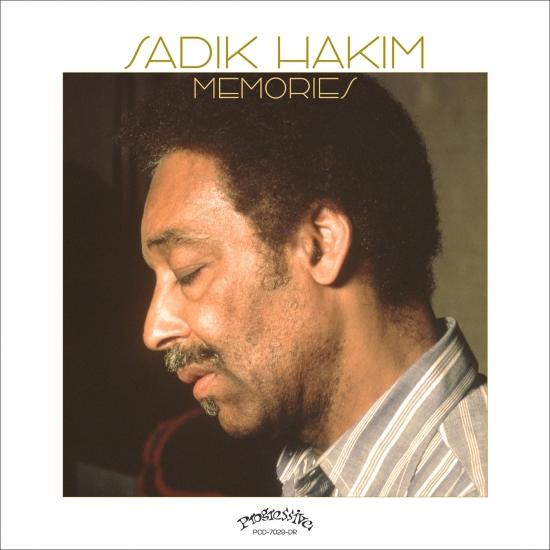 Sadik Hakim was born Argonne Dense Thornton on July 15, 1919, in Duluth, Minnesota and principally raised by his grandparents after both his parents separated and left the family home in 1925.
Thornton’s grandfather, Henry Williams, played violin and taught music to local children. He also composed a number of spirituals and he passed on this musical enthusiasm to the young Thornton, who initially played trumpet before switching to piano. It wasn’t long before Thornton was being drawn to jazz but his grandfather disapproved, favouring classical and religious music. Thornton had to secretly listen to jazz on the radio when his grandfather was out of the house.
When he was 18, Thornton left Duluth and travelled to Los Angeles, ostensibly to visit his father, Luther. Shortly after, in 1938, he moved on to Peoria, Illinois, and played with trumpeter/singer Fats Dudley before relocating to Chicago in 1940. It was there that he found work with drummer Isaac ‘Ike’ Day and trumpeter / bandleader Jesse Miller. It was around this time that Thornton also met and played with Charlie Parker and undertook radio sessions with Ben Webster. After moving to New York in 1944, Thornton played with many of the leading figures in bebop – Bird, Dizzy Gillespie, Miles Davis, Thelonious Monk and Dexter Gordon. Thornton also accompanied Parker and Gillespie on the renowned 1945 Ko-Ko Jazz Session, released on Savoy Records, and toured with Lester Young for a couple of years after the war.
In 1947, Thornton adopted the Muslim faith and changed his name to Sadik Hakim. In the late 40s and early 50s he played with James Moody and Buddy Tate. In 1962 Hakim recorded a session with Duke Jordan for Charlie Parker Records which was released as East and West Of Jazz.
In 1966, Hakim relocated himself to Montreal, Canada, where, except for 1972 European tour (during which he premiered London Suite), he stayed for the next 10 years. Whilst in Canada, he cut two albums for Radio Canada International, London Suite and Sadik Hakim Plays Duke Ellington/ The Canadian Concert Of Sadik Hakim. In 1976 Hakim returned to America and made a number of recordings for the Progressive label, including A Bit of Monk as well as recording for the Danish based jazz label, Steeplechase, most notably on Witches, Goblins, etc. from 1977. A short time after, during 1979-1980, Hakim completed a tour of Japan where he performed before enthusiastic audiences.
After returning from Japan, Sadik moved to New York and performed in local jazz clubs, keeping a relatively low-key profile.
In February 1982, one of the architects of bebop, Thelonious Monk, died. As thousands gathered to pay their respects at his funeral, Hakim sat at the piano and played a version of Monk’s own Round Midnight. A year later, on June 20, 1983, followed Monk to that great bebop reunion.
Sadik Hakim, piano
Digitally remastered 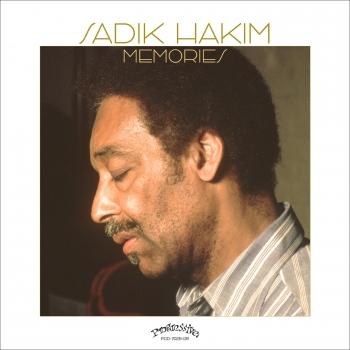 Sadik Hakim
Argonne Thornton (who in the late '40s changed his name to Sadik Hakim) had a particularly unusual boppish style in the '40s, playing dissonant lines, using repetition to build suspense, and certainly standing out from the many Bud Powell impressionists. Later in his career his playing became more conventional. Hakim originally studied music with his grandfather and started performing at local gigs in Minnesota. After a period in Chicago, he was heard by Ben Webster, who hired him to play with his group in New York (1944-1945). Hakim recorded with Webster and Dexter Gordon, was on part of Charlie Parker's famous "Ko Ko" session, and gigged regularly with Lester Young during 1946-1948, appearing on many recordings with Pres. After playing with Slam Stewart in 1949, in the 1950s Hakim worked fairly regularly with James Moody (1951-1954) and Buddy Tate's Orchestra (1956-1960) but never became too well known himself. Later in life he lived for a period in Montreal (the second half of the 1960s), performed in Europe often, and toured Japan (1979-1980). Other than sharing an album for the Charlie Parker label with fellow pianist Duke Jordan in 1962, Hakim did not record as a leader until 1973; during the next seven years he would lead dates for CBC, Japanese Progressive, SteepleChase, and finally in 1980 for Storyville. (Scott Yanow, AMG)