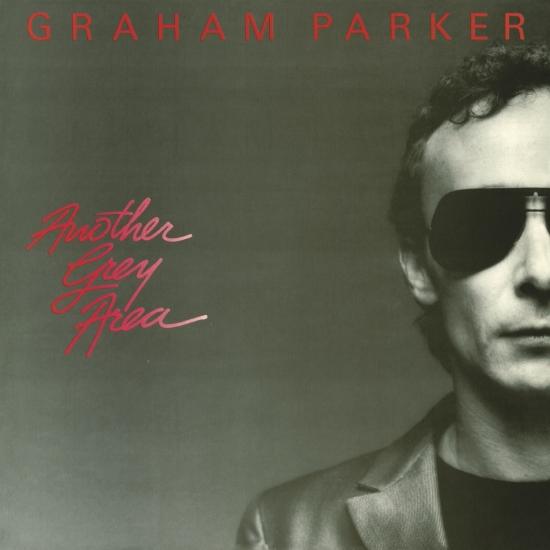 Another Grey Area is a 1982 album by Graham Parker - his first solo album without the backing of his regular band, the Rumour - and was released on the Arista Records label. It was produced by Jack Douglas and Graham Parker. The album features Nicky Hopkins on acoustic piano.
Parker said Another Grey Area was a "beautiful" album, saying, "I've always been striving to make a record that sounds beautiful. I think Another Grey Area sounds beautiful. ... the perspective is just full. Everything is in the right place. It's not a question of sound. When I say sound, I mean putting instruments in the right perspectives, so you get a bass in the slot, so the whole thing holds together". Parker also claimed that the album featured better singing than his previous albums.
Another Grey Area, despite positive reception in the United States, was heavily criticized in Parker's home country of the United Kingdom. He reflected, "In England, the critics are panning it. They hate it. Because they're prejudiced. They've also missed the point of the lyrics. They think the songs are cop-outs, but they're not listening. They're listening to the fact that there isn't Graham Parker & the Rumour with the band being angry. You made the point exactly: the band was playing angrily as well and it wasn't necessary".
"When Graham Parker issued the Jack Nitzsche-produced Squeezing out Sparks in 1979, many inside the music industry -- from execs to critics -- figured that his next one would be it, since Squeezing just missed, though it was celebrated by nearly everyone who heard it. Two of Parker's first three albums -- Howlin' Wind and Heat Treatment -- were top-notch, hard hitting rock & roll albums full of great songs and mud-slinging pub rock production that connected in England. It felt like only a matter of time. Arista in its infinite wisdom paired Parker with Jimmy Iovine for The Up Escalator in 1980, and for some reason, Iovine decided to slicken up the singer/songwriter and his band rather than the hard-edged production that clicked when he worked with Bruce Springsteen and Tom Petty. While the songs were there, the sound wasn't, and it must have been discouraging for Parker. His moment had come and gone. Parker wasn't about to let fate cheat him, though, and for 1982's Another Grey Area, he teamed with veteran producer Jack Douglas, and placed his band on recording hiatus in favor of a slew of studio musicians including Nicky Hopkins, Hugh McCracken (!), David Brown and George Small among others. Things start well enough with the mid-tempo rocker "Temporary Beauty"; with its Springsteen-esque piano and ondioline courtesy of Hopkins, the rounded lead guitar lines fall into place, wrapping themselves around Parker's voice on the refrains, and it works. Parker nearly spits out his words, full of irony, empathy, piss and vinegar. They even hold up on the title track, which cooks along with a bitter edge, a brisk tempo set by a snare/hi-hat combination and six strings upfront pushing the singer. Female backing vocals to fill it in and the bassline nearly percolates. But Douglas' production begins to wear thin by "Big Fat Zero," despite Parker's fine writing. He doesn't seem to be able to capture the knife edge the band tries to counter the vocals with. It's all swirl and twirl without resolution or warmth. Ironically, it's the rawness on Parker's earlier records that made them warm. The reliance on "new wave" sounding electric keyboards also mars the tunes. The ballad "Dark Side of the Bright Lights," works well, as does the horn-driven, funky "You Hit the Spot." But the sameness of some of the rockers such as "Can't Waste a Minute" and the poignant "Crying for Attention" suffer. "It's All Worth Nothing Alone" is punched up a bit, but there still seems to be this glassfloor sheen on everything, which is entirely at odds with the biting humor and scathing social observations Parker makes in both his lyrics and his delivery. Ultimately, Another Grey Area is another "might have been if" set for Parker, and about the last time he believed a word of what anyone from a record company ever said to him." (Thom Jurek, AMG)
Graham Parker, vocals, electric and acoustic guitars
Nicky Hopkins, acoustic piano
George Small, keyboards
Hugh McCracken, electric guitars, harmonica
David Brown, electric guitars
Doug Stegmeyer, bass
Michael Braun, drums
Kurt McGettric, flute, baritone saxophone
Jim Clouse, saxophones
Paul Prestopino, banjo
Jack Douglas, percussion
Krystal Davis, backing vocals
Karen Lawrence, backing vocals
Eric Troyer, backing vocals
Fred Hostetler, backing vocals
Produced by Jack Douglas, Graham Parker
Digitally remastered 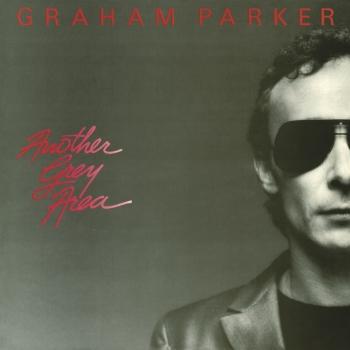