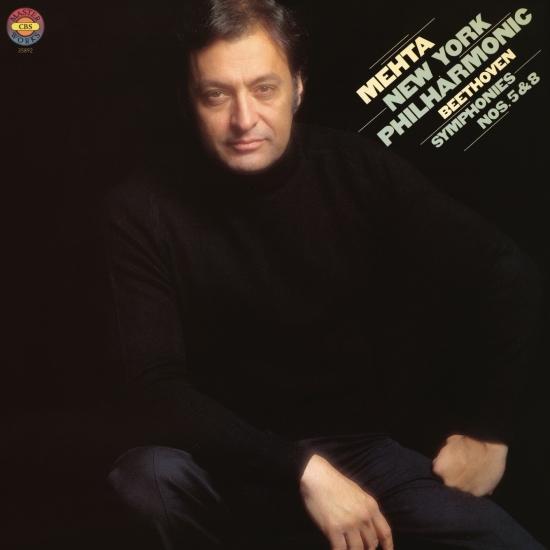 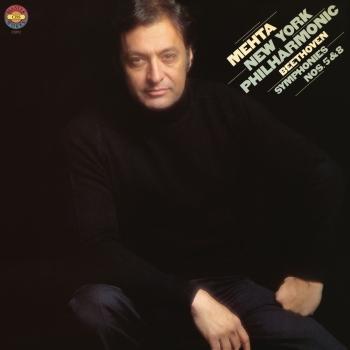 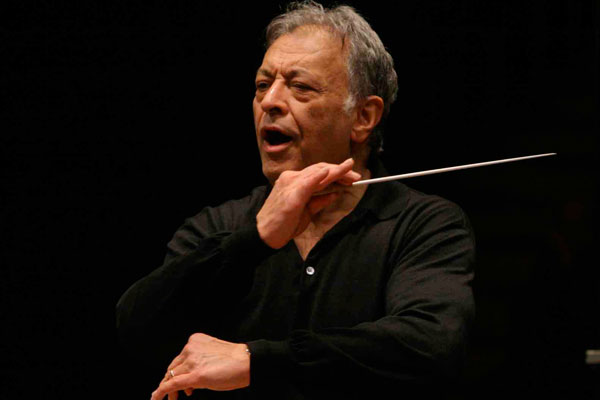 Zubin Mehta
conductor, was born in 1936 in Bombay and received his first musical education from his father Mehli Mehta, the founder of the Bombay Symphony Orchestra. After first studying medicine for two semesters, he concentrated on music in Hans Swarowsky's conducting class at the Vienna Academy. By his mid-20s he had already conducted both the Vienna and Berlin Philharmonic Orchestras, and he retains close ties with both. Mehta was Music Director of the Montreal Symphony Orchestra from 1961 to 1967, becoming Music Director of the Los Angeles Philharmonic in 1962, a post he retained until 1978. In 1969 he also became Music Adviser to the Israel Philharmonic Orchestra and was made Music Director of that orchestra in 1977; in 1981 he was made Music Director for life. Mehta has conducted nearly two thousand concert performances with this extraordinary ensemble on tours spanning five continents. In 1978 he became Music Director of the New York Philharmonic commencing a tenure lasting 13 years, the longest in the orchestra's history and, since 1985, he has been chief conductor of the Maggio Musicale in Florence. Mehta has been Music Director of the Bavarian State Opera and the Bavarian State Orchestra since 1998. Mehta made his debut as an opera conductor with Tosca in Montreal in 1964 and since then has conducted at the Metropolitan Opera in New York, the Vienna State Opera, the Royal Opera House, Covent Garden, La Scala Milan, and the opera houses of Montreal, Chicago, and Florence, as well as at the Salzburg Festival. In 1999, Mehta was presented the Lifetime Achievement Peace and Tolerance Award of the United Nations by Lea Rabin. In April 2001 President Chirac created him Chevalier de la Légion d'Honneur. In 2004 the Munich Philharmonic Orchestra bestowed on him the title of Honorary Conductor, and in 2006, the Los Angeles Philharmonic honored him with its Distinguished Service Award.
New York Philhormonic
Founded in 1842 by a group of local musicians led by American-born Ureli Corelli Hill, the New York Philharmonic is by far the oldest symphony orchestra in the United States, and one of the oldest in the world. It currently plays some 180 concerts a year, and on May 5, 2010, gave its 15,000th concert — a milestone unmatched by any other symphony orchestra.
Alan Gilbert began his tenure as Music Director in September 2009, the latest in a distinguished line of musical giants that has included Lorin Maazel (2002–09); Kurt Masur (Music Director 1991–2002; Music Director Emeritus since 2002); Zubin Mehta (1978–91); Pierre Boulez (1971–77); and Leonard Bernstein (appointed Music Director in 1958; given the lifetime title of Laureate Conductor in 1969).
Since its inception the Orchestra has championed the new music of its time, commissioning or premiering many important works, such as Dvořák’s Symphony No. 9, From the New World; Rachmaninoff’s Piano Concerto No. 3; Gershwin’s Concerto in F; and Copland’s Connotations, in addition to the U.S. premieres of works such as Beethoven’s Symphonies Nos. 8 and 9 and Brahms’s Symphony No. 4. This pioneering tradition has continued to the present day, with works of major contemporary composers regularly scheduled each season, including John Adams’s Pulitzer Prize– and Grammy Award–winning On the Transmigration of Souls; Melinda Wagner’s Trombone Concerto; Wynton Marsalis’s Swing Symphony (Symphony No. 3); Christopher Rouse’s Odna Zhizn; John Corigliano’s One Sweet Morning, for mezzo-soprano and orchestra; Magnus Lindberg’s Piano Concerto No. 2; and, by the end of the 2012–13 season, 21 works in CONTACT!, the new-music series.
The roster of composers and conductors who have led the Philharmonic includes such historic figures as Theodore Thomas, Antonín Dvořák, Gustav Mahler (Music Director, 1909–11), Otto Klemperer, Richard Strauss, Willem Mengelberg (Music Director, 1922–30), Wilhelm Furtwängler, Arturo Toscanini (Music Director, 1928–36), Igor Stravinsky, Aaron Copland, Bruno Walter (Music Advisor, 1947–49), Dimitri Mitropoulos (Music Director, 1949–58), Klaus Tennstedt, George Szell (Music Advisor, 1969–70), and Erich Leinsdorf.
Long a leader in American musical life, the Philharmonic has become renowned around the globe, having appeared in 431 cities in 63 countries on five continents. In October 2009 the Orchestra, led by Music Director Alan Gilbert, made its Vietnam debut at the Hanoi Opera House. In February 2008 the musicians, led by then-Music Director Lorin Maazel, gave a historic performance in Pyongyang, DPRK, earning the 2008 Common Ground Award for Cultural Diplomacy. In 2012 the Orchestra became an International Associate of London’s Barbican. Highlights of the EUROPE / SPRING 2013 tour include a performance of Magnus Lindberg’s Kraft at Volkswagen’s Die Gläserne Manufaktur (The Transparent Factory) in Dresden and the Philharmonic’s first appearance in Turkey in 18 years.
The New York Philharmonic, a longtime media pioneer, began radio broadcasts in 1922 and is currently represented by The New York Philharmonic This Week — syndicated nationally 52 weeks per year and available at nyphil.org. Its television presence has continued with annual appearances on Live From Lincoln Center on PBS, and in 2003 it made history as the first orchestra ever to perform live on the Grammy awards. Since 1917 the Philharmonic has made almost 2,000 recordings, and in 2004 it became the first major American orchestra to offer downloadable concerts, recorded live. The Philharmonic’s self-produced recordings continue with Alan Gilbert and the New York Philharmonic: 2012–13 Season.
The Orchestra has built on its long-running Young People’s Concerts to develop a wide range of education programs, including the School Partnership Program, which enriches music education in New York City, and Learning Overtures, which fosters international exchange among educators and has already reached as far as Japan, South Korea, Venezuela, and Finland.