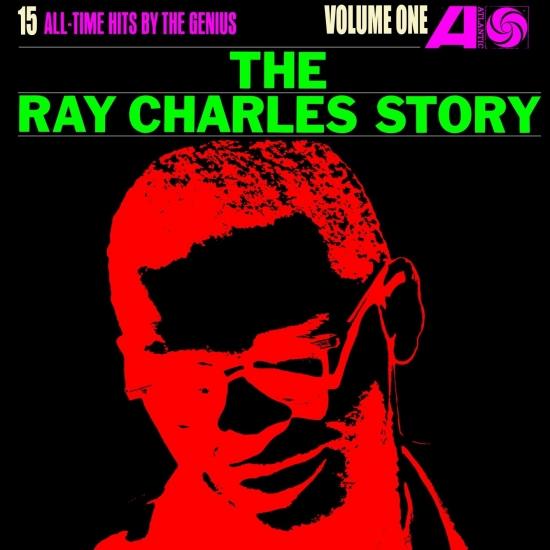 The Genius Sings The Blues

Do The Twist! With Ray Charles (Mono Remastered)

The Genius After Hours (Mono Remastered)

Hallelujah I Love Her So (Mono Remastered)

Ray Charles And His Orchestra

Ray Charles
The name Ray Charles is on a Star on Hollywood Boulevard’s Walk of Fame. The name Ray Charles designates a superstar worldwide. His bronze bust is enshrined in the Playboy Jazz Hall of Fame. There is the bronze medallion that was cast and presented to him by the French Republic on behalf of the French people. In just about every Hall of Fame that has anything to do with music, be it Rhythm & Blues, Jazz, Rock & Roll, Gospel or Country & Western, Ray’s name is very prominently displayed. There are many awards given to him in the foregoing categories as proof.
Probably the strongest element in Ray Charles’ life, and the most concentrated driving force, was music. Ray often said, “I was born with music inside me. That’s the only explanation I know.”
Ray Charles was not born blind. In fact, it took almost seven years for him to lose his sight in its entirety, which means he had seven years to see the joy and sadness of this big wonderful world – a world he would never see again. As a seven year old child, in searching for light, he stared at the sun continuously, thereby eliminating all chances of the modern-day miracle, cornea transplants – a surgery unheard of in 1937.
Perhaps the reason that Ray Charles made music his mistress and fell madly in love with the lady is that music was a natural to him. Ray sat at a piano and the music began; he opened his mouth and the lyrics began. He was in absolute control.
But the rest of his life was not quite so simple. Ray was born at the very beginning of the Great Depression – a depression that affected every civilized country in the world. Ray was born in 1930 in Albany, Georgia, the same year that another Georgia native by the name of Hoagy Carmichael, was already making his mark on the world. In 1930, the year of Ray’s birth, Hoagy recorded a song that became an all-time classic and remains so to this day; a song titled “Stardust.” It’s ironic that these two Georgia natives would someday cross paths again, as they did 30 years later when Ray Charles was asked by the State of Georgia to perform, in the Georgia Legislative Chambers, the song they had selected as their state song. That song was Ray’s version of “Georgia,” written by Hoagy Carmichael. Hoagy, who unfortunately was too ill to attend the event, was listening via telephone/satellite tie-up.
Ray’s mother and father, Aretha and Bailey, were “no-nonsense” parents. Even after Ray lost his sight, his mother continued to give him chores at home, in the rural area in which they lived, such as chopping wood for the wood burning stove in the kitchen in order for them to prepare their meals. Chores such as this often brought complaints from the neighbors, which were met with stern words from Mrs. Robinson. She told them her son was blind, not stupid, and he must continue to learn to do things, not only for himself, but for others as well. Unfortunately, Ray lost the guidance of his mother and the counseling of his father at a very young age. At 15 years old, Ray Charles was an orphan, but he still managed to make his way in this world under very trying conditions; living in the South and being of African-American heritage, plus being blind and an orphan.
Ray refused to roll over and play dead. Instead he continued his education in St. Augustine, at Florida’s State School for the Deaf and Blind. A few years later, Ray decided to move. His choice was Seattle, Washington. It was in Seattle that Ray recorded his first record. It was also in Seattle that the seed was planted for a lifelong friendship with Quincy Jones. More information please visit the Ray Charles homepage.