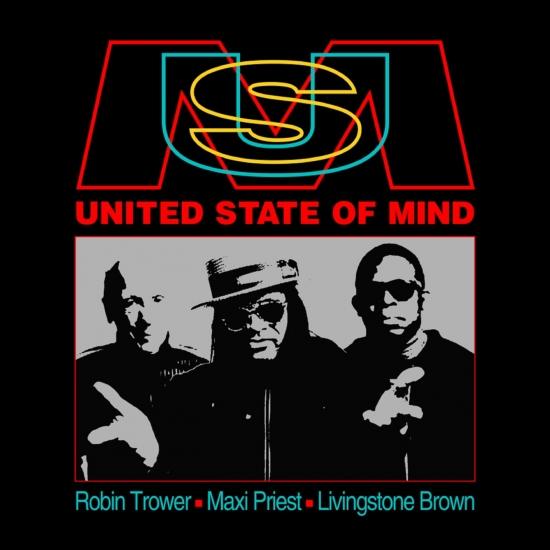 Three legendary artists singer/songwriter Maxi Priest, guitarist Robin Trower, and producer/mix engineer and musician Livingstone Brown release their new single “United State of Mind” from their upcoming album, ‘United State of Mind’.
After a chance meeting in Livingstone’s studio in Brixton, UK, this unlikely trio hit it off. All directly influenced by soul and gospel, they have a deep appreciation for music and share a passion for all genres.
The trio wrote twelve new songs leading to the recording of an album that showcases Priest’s soulful vocals and Trower’s superb guitar playing. Robin and Maxi were born just two miles apart and both went on to enjoy glittering world-wide careers. Maxi Priest has been a pioneer for the UK by achieving several top 10s worldwide and on the US Billboard charts. Having received multiple Grammy nominations, he’s sold millions of records worldwide. Not a stranger to duets and crossing genres, Maxi and Roberta Flack’s timeless classic ‘Set The Night To Music” achieved top 10 on the Billboard charts.
Robin Trower’s album, Bridge Of Sighs has sold millions of albums worldwide. His passionate guitar playing has influenced generations of guitar players. In the 90s, Livingstone played in Robin’s band and co-produced his highly rated 20th Century Blues Album.
When Livingstone half-jokingly suggested “Why don’t we write a song together?” Robin and Maxi looked and each other and said, “Why not?”
Robin, Livingstone and Maxi went even further, striking up a productive joint songwriting partnership that quickly developed into “United State of Mind.” Each song showcases Maxi’s silky, soulful vocal tone and Trower’s soulful and passionate playing, along with Livingstone’s Midas touch.
Listening to ‘United State of Mind’ for the first time, you will hear it’s far more than just an intriguing curio for fans and collectors. Maxi, Livi and Robin have done an exceptional job at extending the hand of collaboration successfully, whilst simultaneously stamping their own unique trademarks throughout, with no compromise whatsoever. Neither reggae nor rock, the results are a commercial sounding, vibey, driving album worthy of a place in any record collection, let alone for fans of their solo efforts.
“From the opening title track, it’s one of those releases that catches you and never lets go” (Pete Clack, Blues In Britain)
Robin Trower, guitar
Maxi Priest, vocals
Livingstone Brown, production 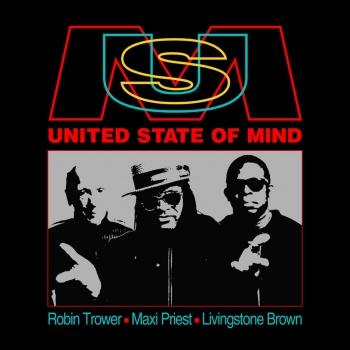 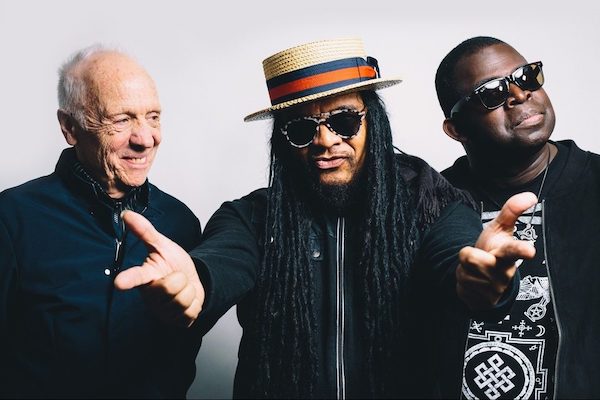