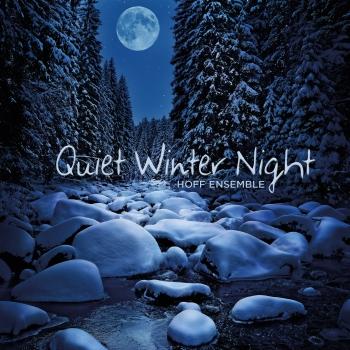 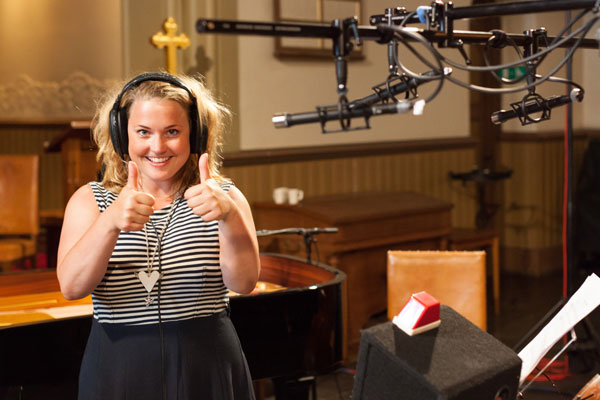 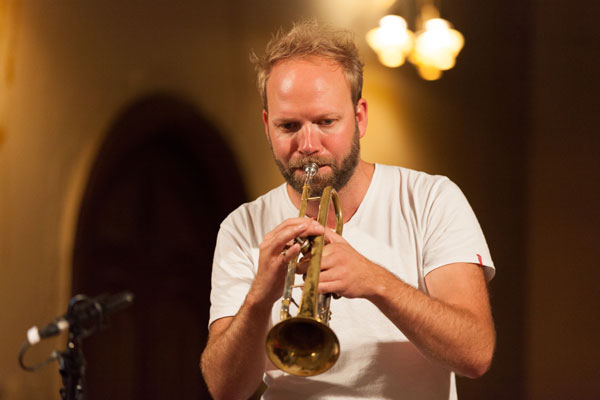 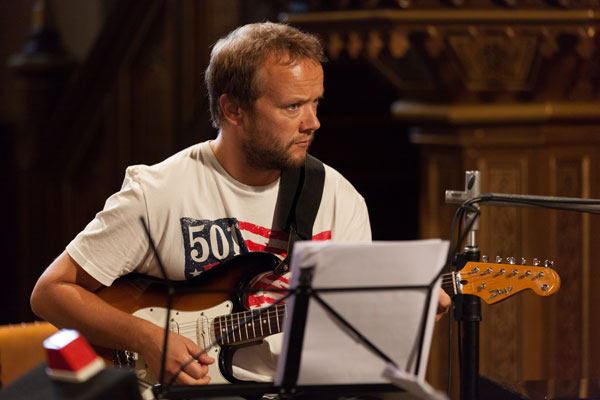 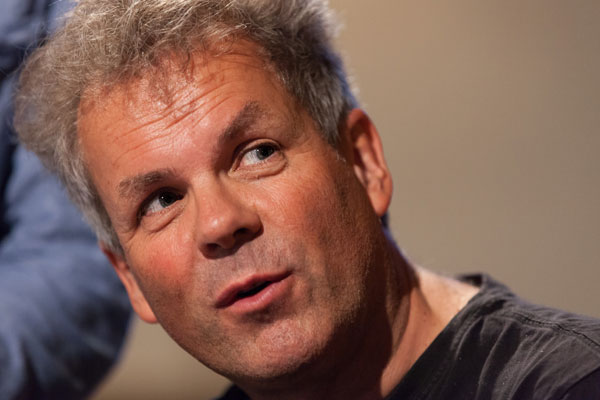 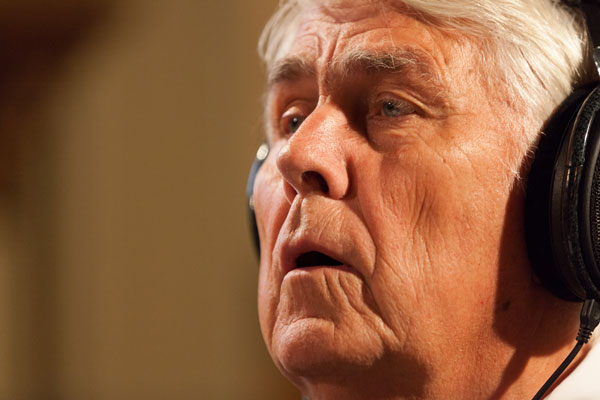 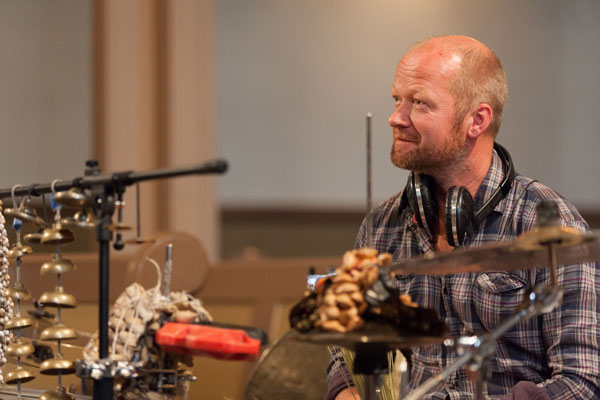 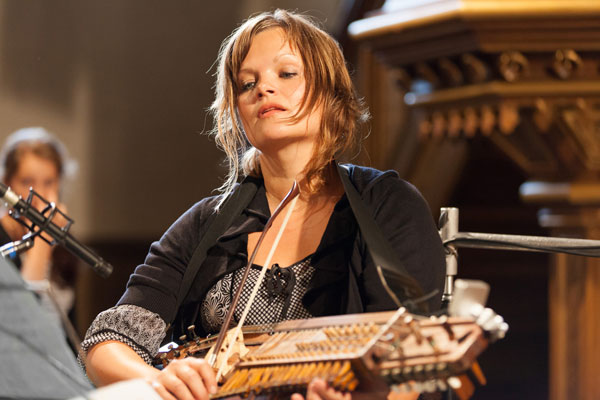 Helene Bøksle - Vocal
is one of Norway's most famous traditional singers. She has released "Elverhøy" on Universal Music in 2006, and was nominated for the Norwegian Grammy Awards. She released her new album "Morild" in January 2009. Helene Bøksle is The Voice from "Age of Conan". She appears in the new online game from Funcom. You can buy her albums buy visiting www.heleneboksle.no The “Age of Conan – Hyborian Adventures” original soundtrack is composed by Knut Avenstroup Haugen (www.knutavenstrouphaugen.com) and is available from www.grappa.musiconline.no, iTunes and in music stores.
In fall 2009 Helene joins the side project "Nightingales" with three other talented female artists; Heidi Ruud Ellingsen, Christine Gulbrandsen og Karianne Kjærnes. Helene has cooperated with other artists/bands like Bjørn Eidsvåg, Vamp, David Urwitz, Secret Garden and Kurt Nilsen. In November 2009 Helene releases an album with various songs for the Christmas holidays and New Years; "Det hev ei rose sprunge". The record is released again in November 2010 with two additional songs. In 2011 Helene competes in the European Song Contest with the song "Vardlokk" composed by Helene Bøksle, Sindre Hotvedt and Knut Avenstroup Haugen, and with lyrics written by Cecilie Larsen.
Mathias Eick - Trumpet / Allround musician
Being one of Norways most promising young talents for over a decade, Mathias Eick moves steadily towards being one of the finest musicians from the Northern regions, regardless of age group and genre. Still only 30 years old, Eick has marvellous range of achievements to show for himself; in 2007 he won the International Jazz Talent, awarded to him by the International Jazz Festivals Organization situated in New York. He then won the Statoil Scholarship in 2009, undoubtedly the largest scholarship in Norway, and he is currently heading for release of his second album on one of the worlds most influential jazz record labels, ECM.
In the meantime Eick keeps himself busy participating on several albums playing either trumpet, double bass, vibraphone, piano, guitar, or in his own words “anything needed.” Some of his collaborators have been, among a vast amount of others, Trondheim Jazz Orchestra and Chick Corea, Iro Haarla, Manu Katché and Jacob Young. Eick is also a member of the Norwegian genre-defying group Jaga Jazzist, a group with which he has performed for many years.
Eicks band is currently a five-piece, featuring two drummers, bass, piano and Eick himself. The lineup changes invariably as all the participating musicians are amongst Norways finest, but for the most part the band consists of Andreas Ulvo (piano), Torstein Lofthus and Gard Nilssen (drums), and Audun Erlien (bass). The music is composed by Eick and pays tribute to both the truly unique Scandinavian soundscape, as well as the lyricism and melancholy of the American master trumpeter Kenny Wheeler.
Jan Gunnar Hoff - Piano
Hoffs background includes classical piano, progressive rock and jazz. His career as a jazz musician started in 1976 with piano trio and continued as a backing musician for drummer Jon Christensen and other jazz artists at local clubs. Hoff has worked as a professional musician since 1979. As early as 1982 he toured with Arild Andersen and Nils Petter Molvær in Northern Norway. In 1987 he participated in an all star Norwegian combo presenting Jan Garbarek's new composition for the Federation of Norwegian Jazz musicians, FNJ.
Hoff has played and collaborated with Mike Stern, Pat Metheny, Kenwood Dennard, Maria Joao, Lars Danielsson, Cæcilie Norby, Fathy Salama, Martin France and many other fine artists. In 1995 he did a spontanous duo performance with Chick Corea at the Harstad Festival in Northern Norway, that was to be much commented and appreciated. As a duo he has performed with Maria Joao in France, Norway and Croatia. Hoff´s new trio "Acuna/Hoff/Mathisen", with legendary Alex Acuna and Per Mathisen (bass) is highly in demand with upcoming 2009- projects in USA, England, Sweden, Norway, Croatia and Russia.
Arild Andersen - Acoustic Bassist
Born in Norway October 27 -1945. He has been one of Europe’s leading bass player since the early 70-ties. Andersen started out as a member of Jan Garbarek Quartet (67-73). The group also included Terje Rypdal and Jon Christensen. In the same period he played in the local rhythm section in Oslo for visiting American musicians. He worked and recorded with Don Cherry, George Russell and Sam Rivers during this years. He recorded 17 albums in his own name for ECM. Bill Frisell, Ralph Towner, Nana Vasconcelos, Paul Motian, Alphonze Mouzon, Kenny Wheeler, John Taylor are among the great musicians that can be heard on some of these albums. 1982-92 his band “Masqualero” included Nils Petter Molvaer and Jon Christensen. In the 90-ties his band included Bendik Hofseth, Bugge Wesseltoft, Eivind Aarset and Nana Vasconcelos. He has played and toured with: John Abercrombie, Stan Getz, Pat Metheney, Paul Bley, John Scofield, Sheila Jordan, among others. In 2005 he was “Artist in Resident “ at The Molde International Jazzfestival His latest album for ECM is “Live at Belleville“ with Tommy Smith sax and Paolo Vinaccia drums. This cd has received raving reviews around the world. He received “ Jazz Musician of the year 2008 “ from Academie du Jazz in France.