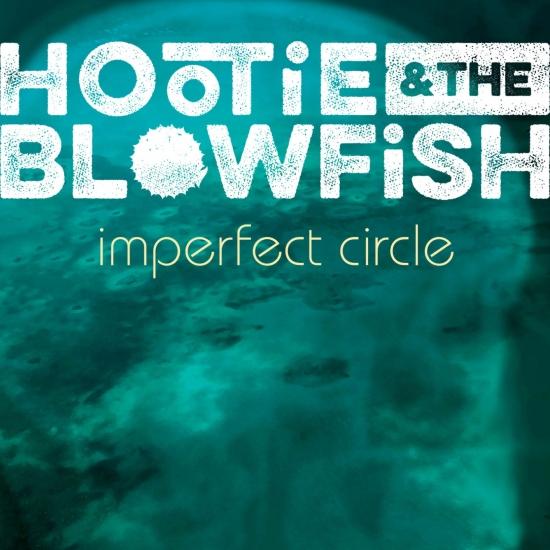 As a summer of sold-out shows celebrated by fans and critics alike nears its celebratory three-night U.S. finale in Columbia, S.C., the band Billboard praises as “back and better than ever” will continue the excitement into the fall with today’s announcement of Imperfect Circle, the first new album from Hootie & the Blowfish in nearly 15 years.
“There’s something timeless about their sound,” proclaimed USA Today in a story breaking the news of the album. “From their stupendous 1994 debut Cracked Rear View, which is certified 21x Platinum (equivalent to 21 million certified units sold), to their anticipated reunion album, Imperfect Circle... Hootie & the Blowfish appear ready to pick up where they left off as a pop music phenomenon. Yet they haven’t forgotten where they began because, really, they never left that place.”
Despite a decade-long hiatus that followed their initial wave of success punctuated only by occasional charity shows, the band’s return to the spotlight with this year’s Group Therapy Tour has brought out the “highest attendance figures of their career,” according to Billboard’s Boxscore, proving that the two-time GRAMMY Award winners have withstood the test of time.
“Whatever the descriptive shorthand used — roots rock, alt-country, jangle-pop or country-rock — Hootie and the Blowfish’s material has aged extraordinarily well, fond remembrances aside,” noted the Dallas Observer at a recent show, proclaiming that “the honey-voiced Rucker is still, 25 years on, one of the best singers in any genre, full stop.”
“Rucker has — no exaggeration — one of the great voices in contemporary pop music, a dynamic and sophisticated baritone that’s full of gravity,” agreed the New York Times in a June Arts & Leisure cover story after sitting in on the recording process for Imperfect Circle. “The rest of the band makes spry work of otherwise staid idioms. Bryan is a patient decorator with guitar, never overpowering an arrangement, and as a rhythm section, Felber and Sonefeld are insistent but amiable.”
Hootie & The Blowfish 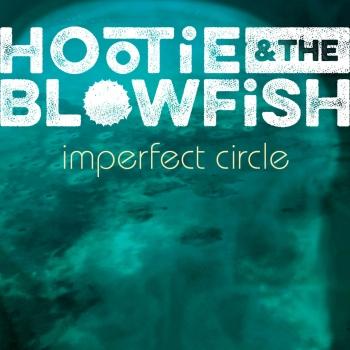 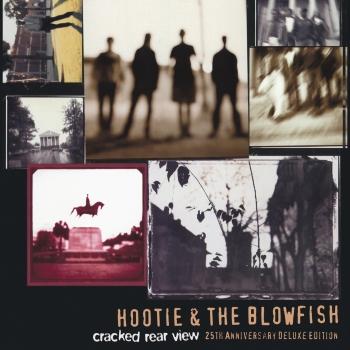 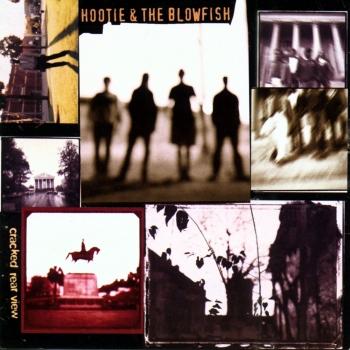 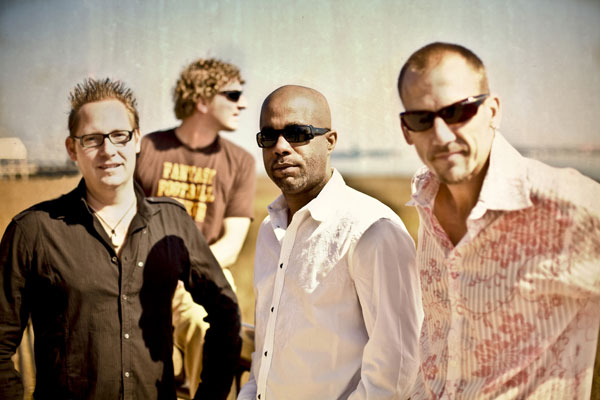 With the rich, bluesy vocals of Darius Rucker and gleeful harmonies of guitarist Mark Bryan, bassist Dean Felber and drummer Jim "Soni" Sonefeld, Hootie & the Blowfish, sold over 25 million records world wide after their infectious melodies hit the airwaves in 1994 with hits such as "Hold My Hand", "Let Her Cry" and "Only Wanna Be With You."
One of the biggest misconceptions to most people is that Hootie & The Blowfish became an overnight success in 1994 when their debut album Cracked Rear View, moved over 16 million copies (and counting) in the U. S. alone. What most people don't know was that the album's triumph came after a decade of hard work.
The quartet met when they were freshman at the University of South Carolina in Columbia. Mark Bryan heard Darius Rucker singing in the showers of the dorm they shared and was impressed by his vocal ability. Bryan and Rucker began playing cover tunes as The Wolf Brothers; eventually Bryan and Rucker hooked up with Felber, a former high school band mate of Bryan's, and Jim "Soni" Sonefeld as Hootie & The Blowfish. (The unlikely moniker was borrowed from the nicknames of two college friends.)
By the time they graduated, endless gigs at frat parties and local bars had built a major local buzz. "We'd started adding original material to our repertoire," Bryan recalled. "Our songs went over well, so we decided to see if we could make a career out of it. Even if we hadn't had a hit, I know we'd still be making music today, because it's exactly what we want to be doing."
The band's secret weapon, and the force that pulls all of its diverse influences together, is the voice of Darius Rucker, an expressive instrument brimming with gritty soul and subtle wit. When he sings, the songs are imbued with a buoyant good humor and an openhearted joy that connects on an almost spiritual level with audiences all over the world. "Having Darius in the band is a wonderful luxury," Mark Bryan explained. "We can try something funky, or bluegrassy or a ballad; we can run the gamut stylistically, but never stray too far from our sound because once Darius starts singing, it's Hootie and the Blowfish.
In the next five years Hootie & The Blowfish worked their way up the food chain from local draw to gigs all over the Carolinas and finally, the entire East Coast. Their blend of pop, folk, blues, soul and rock made them hard to pigeonhole, but easily accessible to anyone who loved good music. Atlantic Records, impressed by their regional draw, signed them and released Cracked Rear View in 1994. The album had been out for six months before the band played on the Late Show with David Letterman. Letterman told his audience "If you don't have this album, there's something wrong with you." The day after the show aired, sales went from four or five thousand a week to 17,000 a week, and eventually Number One on the Billboard charts the following spring. It remains a strong seller today. "It became dream-like," Rucker recalled. "I'd wished for it, but I'm not sure I believed it, even as it was happening. We were on tour constantly; the whole thing is still kind of a blur."
At the end of the year, Cracked Rear View and the band won two Grammy's - Best New Artist and Song of the Year by duo or group for "Let Her Cry." They also took home an MTV Video Music Award for Best New Artist for "Hold My Hand," a Billboard Music Award for album of the year, a People's Choice Award for Album of the Year and a People's Choice Award for Best Selling Artist, a feat they duplicated in 1996.
Cracked Rear View went on to earn the band Billboard's Band of the Year Award in 1996 and the RIAA's Diamond Award for sales of 10 million units. Cracked Rear View remains the 12th best selling album in music business history, and all albums combined, have moved over 25 million worldwide.
The band kept touring, remaining a top draw nationwide and released five more albums for Atlantic: Fairweather Johnson, (three million); Musical Chairs, (one million); Scattered, Smothered & Covered; Hootie & The Blowfish and The Best of Hootie & The Blowfish as well as a solo album by Mark Bryan 30 on the Rail. Rucker has also released a solo effort, Back To Then on the Hidden Beach label. The band left Atlantic by mutual agreement in 2004; Looking For Lucky released in 2005 was their first album on their own Sneaky Long Records, manufactured and distributed by Vanguard. LIVE in Charleston, The Homegrown Concert Event DVD and CD was released in August of 2006.
Hootie & the Blowfish wrapped a summer of touring in 2007 and members entered the studio to record solo albums. Mark Bryan released END OF THE FRONT in Spring of 2008, Jim Sonefeld is currently recording his first solo effort for release later this year and Darius Rucker is working on a country album to be released on Capitol Records Spring 2008.
Hootie & the Blowfish will hit the road again this summer in support of their Homegrown Tour, where they ask all their audience members to bring school supplies with them as a donation to the show. All supplies collected are then donated to the local schools in the most need.