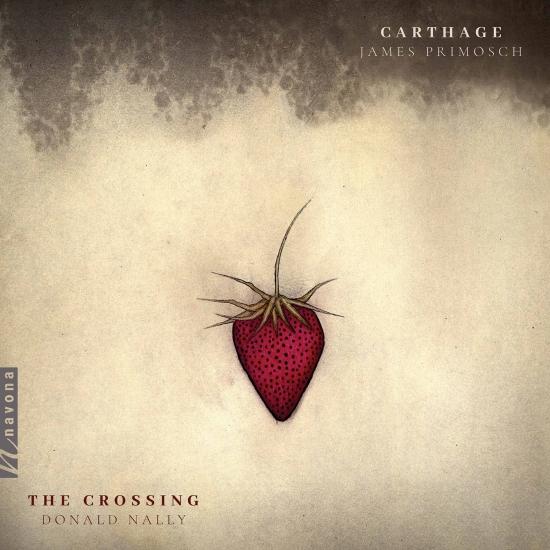 The latest installment in a multi-album series with Navona Records, CARTHAGE offers six striking pieces by composer James Primosch that confront the most elemental questions of Western philosophy. Internationally recognized and prolific, Primosch is the 2020 winner of The Virgil Thomson Award for Vocal Music from The American Academy of Arts and Letters.
CARTHAGE opens with Journey, a solemn meditation in which the men of The Crossing chant text based on the work of 13th-century monk and mystic Meister Eckhart: "There is a journey you must take. / It is a journey without destination. / There is no map. / Your soul will lead you. / And you can take nothing with you." The title track, Carthage, draws on prose from Marilynne Robinson's novel Housekeeping, a work that employs the devastated city of Carthage as a metaphor for desire and imagination: "For to wish for a hand on one's hair is all but to feel it."
Following is Mass for the Day of St. Thomas Didymus. Here, four soloists sing the Latin Mass texts, while the main choir sings Denise Levertov’s cycle of poems which gives the work its title. In pulling together these texts, Primosch celebrates the feast of St. Thomas Didymus—better known as “doubting Thomas”—plumbing the depths between unbelief and faith in which true spirituality so often resides. More works inspired by questions of spirit and faith round out the program, with spiralling ecstatically - a setting of a poem of E.E. Cummings - and Two Arms of the Harbor, drawing on the musings of Thomas Merton. The album closes with One with the Darkness, One with the Light, a setting of poetry by Wendell Berry.
The Crossing
Donald Nally, conductor