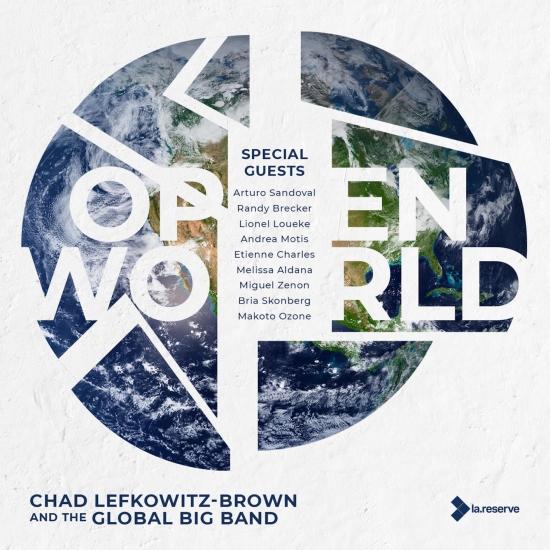 Tenor saxophonist and bandleader returns with his most ambitious project to date, 17+ musicians from 17+ countries of origin!! Add to the wonderment of this recording–each musician recorded their part(s) in isolation during the pandemic, then mixed and mastered to perfection by Dave Darlington under Chad’s supervision. Some of the featured soloists include Arturo Sandoval, Randy Brecker, Lionel Loueke, Bria Skonberg, Melissa Aldana, and others. Nine brilliant adaptations of very well-known songs.
"A contemporary jazzbo that isn't afraid to let the music of other do his talking for him, he rounds up a guest list of mid blowing jazzbos that are warmed up and ready to play. Giving a new spin to everything he touches here, the sax man and his pals lay it down so right and tight you can't help but to listen to it with the repeat button firmly pressed. Hot throughout."
Chad Lefkowitz-Brown, saxophone 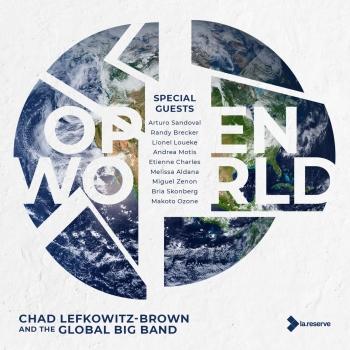 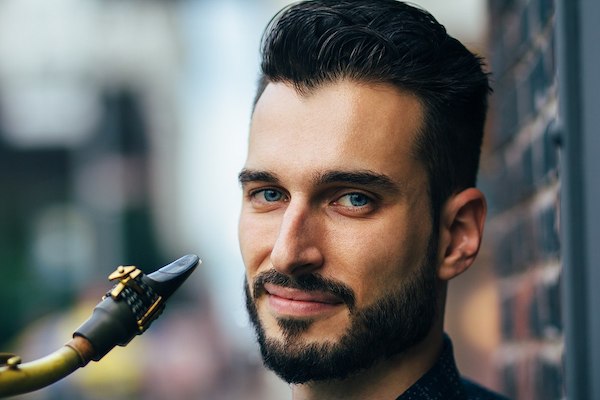 Chad Lefkowitz-Brown
Hailed as a “Sax Phenom” by the New York Daily News, Chad LB has toured globally as a bandleader, and with superstars ranging from Chris Botti to Taylor Swift. He has been a featured soloist with premiere ensembles like the Juilliard Jazz Orchestra, and he was formerly a prominent member of the multi GRAMMY winning Afro Latin Jazz Orchestra. At only 31-years-old, Chad has now become one of the first jazz headliners of his generation, amassing a loyal social media fanbase of over 250,000 followers across platforms. Despite his demanding tour schedule, Chad continues to be a visiting artist at the renowned San Francisco Conservatory of Music, where he gives monthly masterclasses during the scholastic year.
A native of Elmira, New York, Chad established himself as a jazz prodigy at age 11, performing throughout New York State under the mentorship of local jazz hero, George Reed, who was known for backing legends like Teddy Wilson, Buddy Tate, and Marian McPartland.
Chad went on to pursue a formal education in the arts at the Brubeck Institute, a prestigious fellowship program created by jazz legend Dave Brubeck. While studying at the institute, he performed regularly with Brubeck and was a member of the Brubeck Institute Jazz Quintet. ​
Chad received many accolades during his scholastic career, including 15 DownBeat Magazine Student Music Awards for categories such as "Best Jazz Soloist" and "Best Original Song."
Since graduating from the Brubeck Institute, Chad has performed throughout six continents, and has appeared at venues including Carnegie Hall, the Super Bowl, and Madison Square Garden. His debut album, Imagery Manifesto, was named “Debut Album of the Year” by jazz critic and author, Doug Ramsey, and two of his most recent recordings as a leader, “Onward,” and "Live at The Bridge" feature jazz legend, Randy Brecker, with whom he has toured and headlined jazz festivals throughout the United States and Europe.