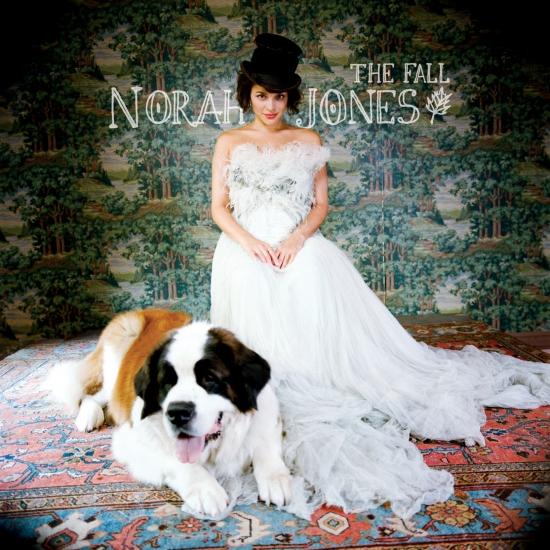 Info for The Fall (Remastered)

Norah has taken a new direction on The Fall, experimenting with different sounds and a new set of collaborators, including Jacquire King, a noted producer and engineer who has worked with Kings of Leon, Tom Waits and Modest Mouse. Richly detailed and vocally lush on HiRes-Audio, The Fall, Jones’ fourth album, may surprise some of Jones’ die-hard fans, Billboard magazine notes. During the 13-song set, Jones ditches the gentle piano playing of her previous work and tears into fresh, beat-savvy arrangements, playing plenty of electric guitar and exploring the piercing quality of Wurlitzer electric piano. Jones’ smoky voice and soulful veneer highlight the opening track and first single, 'Chasing Pirates.'
Jones displays a slinky kind of ambience on 'Light As a Feather (co-written with Ryan Adams). The social commentary 'It’s Gonna Be' offers a garage-rock attitude, and 'You’ve Ruined Me' has a rich Americana flavor. But Jones is still a little bit country ('Tell Yer Mama') and a little bit rock’n’roll ('Stuck'). Overall, writes reviewer Gary Graff, Jones straddles those lines in an entirely different manner than she ever has before.
„With The Fall, Norah Jones completes the transition away from her smooth cabaret beginnings and toward a mellowly arty, modern singer/songwriter. Jones began this shift on 2007's Not Too Late, an album that gently rejected her tendencies for lulling, tasteful crooning, but The Fall is a stronger, more cohesive work, maintaining an elegantly dreamy state that's faithful to the crooner of Come Away with Me while feeling decidedly less classicist. Some of this could be attributed to Jones' choice of producer, Jacquire King, best-known for his work with Modest Mouse and Kings of Leon, but King hardly pushes Norah in a rock direction; The Fall does bear some mild echoes of Fiona Apple or Aimee Mann in ballad mode, but its arrangements never call attention to themselves, the way that some Jon Brion productions do. Instead, the focus is always on Jones' voice and songs, which are once again all originals, sometimes composed in conjunction with collaborators including her longtime colleagues Jesse Harris, Ryan Adams, and Will Sheff of Okkervil River. In addition to King's pedigree, the latter two co-writers suggest a slight indie bent to Jones' direction, which isn't an inaccurate impression -- there's certainly a late-night N.Y.C. vibe to these songs -- but it's easy to overstate the artiness of The Fall, especially when compared to Not Too Late, which wore its ragged ambitions proudly. Here, Jones ties up loose ends, unafraid to sound smooth or sultry, letting in just enough dissonance and discord to give this dimension, creating a subtle but rather extraordinary low-key record that functions as a piece of mood music but lingers longer, thanks to its finely crafted songs.“ (Stephen Thomas Erlewine, AMG)
Norah Jones, vocals, Wurlitzer electric piano, piano, guitars, Glockenspiel
Zac Rae, synthesizer, Rhodes electric piano, vibraphone, marimba, organ, clavinet
James Poyser, Wurlitzer electric piano, organ
John Kirby, synthesizer, tack piano, piano
Matt Stanfield, synthesizer
Sam Cohen, electric guitar
Smokey Hormel, electric guitar
Peter Atanasoff, electric guitar
Sasha Dobson, acoustic guitar
Lyle Workman, acoustic guitar, electric guitar
Marc Ribot, electric guitar
Jon Graboff, pedal steel guitar
Jesse Harris, acoustic guitar
Frank Swart, bass
Dave Wilder, bass, 6 string tick tack bass
Gus Seyffert, bass
Catherine Popper, bass
Tony Scherr, bass
Marco Giovino, drums and percussion
Robert DiPietro, drums
Pete McNeal, drums
Joey Waronker, drums
James Gadson, drums
Will Sayles, tambourine, hand drum, percussion
Mike Martin, backing vocals
Recorded 2008-2009 at House Of David, Nashville, TN; Sunset Sound Recorders, CA; The Coop, NY; The Magic Shop, NY
Engineered by Brad Bivens
Produced by Jacquire King
Digitally remastered