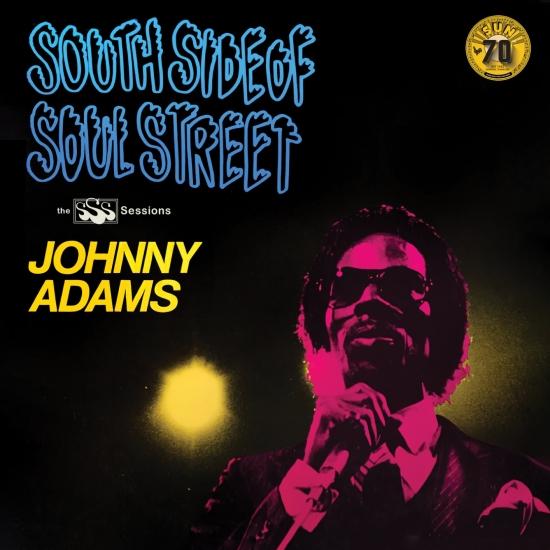 Info for South Side Of Soul Street: The SSS Sessions (Remastered 2022)

Celebrating Sun Records 70th anniversary, these Johnny Adams tracks have been remixed from the original multitrack tapes for optimal sound quality. The new album tracklist has never been printed on vinyl, inspired by his 1986 South Side of Soul Street. The offering includes his hits “Release Me” and “Reconsider Me” as well as previously unreleased or digitally-unavailable tracks: “Tender Side of Me - Alternate”, “Too Much Pride - Alternate”, and a brand new version of “Give Me A Chance”.
Johnny Adams
Digitally remastered 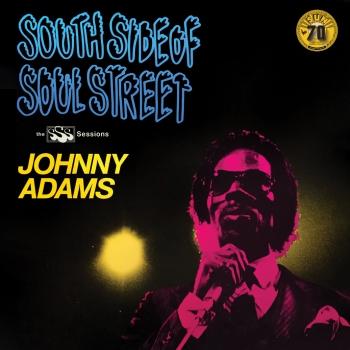 South Side Of Soul Street: The SSS Sessions (Remastered 2022)

Johnny Adams
Renowned around his Crescent City home base as "the Tan Canary" for his extraordinary set of soulfully soaring pipes, veteran R&B vocalist Johnny Adams tackled an exceptionally wide variety of material for Rounder in his later years; elegantly rendered tribute albums to legendary songwriters Doc Pomus and Percy Mayfield preceded forays into mellow, jazzier pastures. But then, Adams was never particularly into the parade-beat grooves that traditionally define the New Orleans R&B sound, preferring to deliver sophisticated soul ballads draped in strings.
Adams sang gospel professionally before crossing over to the secular world in 1959. Songwriter Dorothy LaBostrie -- the woman responsible for cleaning up the bawdy lyrics of Little Richard's "Tutti Frutti" enough for worldwide consumption -- convinced her neighbor, Adams, to sing her tasty ballad "I Won't Cry." The track, produced by a teenaged Mac Rebennack, was released on Joe Ruffino's Ric logo, and Adams was on his way. He waxed some outstanding follow-ups for Ric, notably "A Losing Battle" (the Rebennack-penned gem proved Adams' first national R&B hit in 1962) and "Life Is a Struggle."
After a prolonged dry spell, Adams resurfaced in 1968 with an impassioned R&B revival of Jimmy Heap's country standard "Release Me" for Shelby Singleton's SSS imprint that blossomed into a national hit. Even more arresting was Adams' magnificent 1969 country-soul classic "Reconsider Me," his lone leap into the R&B Top Ten; in it, he swoops effortlessly up to a death-defying falsetto range to drive his anguished message home with fervor.
Despite several worthy SSS follow-ups ("I Can't Be All Bad" was another sizable seller), Adams never traversed those lofty commercial heights again (particularly disappointing was a short stay at Atlantic). But he found a new extended recording life at Rounder; his 1984 set, From the Heart, proved to the world that this Tan Canary could still chirp like a champ. With producer Scott Billington, he recorded some nine albums for the label prior to his cancer-related death on September 14, 1998. (Bill Dahl, AMG)