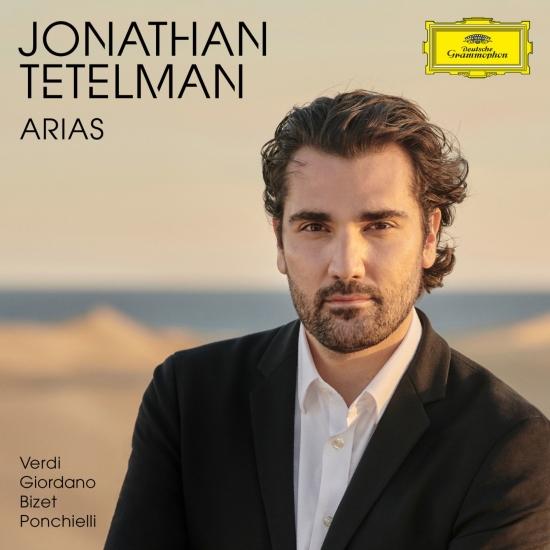 Chilean-American tenor Jonathan Tetelman has already earned a reputation in the opera world as a dedicated, distinctive and versatile artist. Having signed an exclusive agreement with DG last autumn, he has now recorded his debut DG album, Arias, set for release on 5 August 2022. With his agile technique, dramatic eloquence and rich palette of vocal colours, Tetelman here inhabits a range of roles from the French and Italian repertoire. We are pleased to have been able to record the album in the unique acoustics of the Alfredo Kraus Auditorium in Las Palmas de Gran Canaria, and to work with such supportive partners as the Orquesta Filarmónica de Gran Canaria and its Music Director Karel Mark Chichon.
Jonathan Tetelman, tenor
Orquesta Filarmónica De Gran Canaria
Karel Mark Chichon, conductor 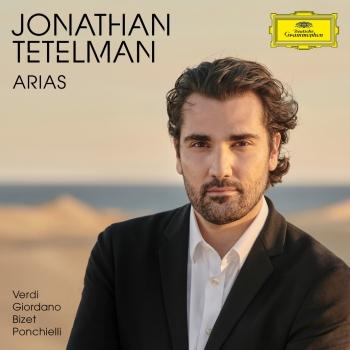 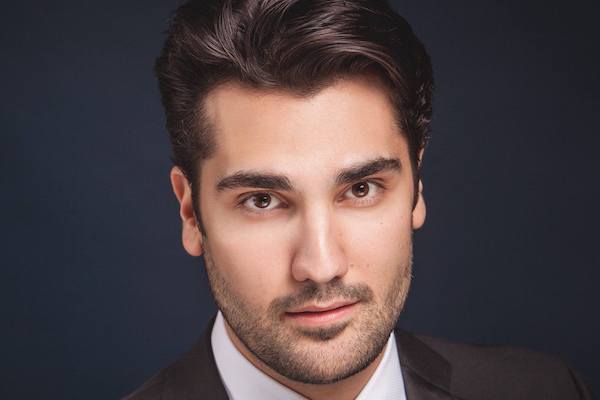 Jonathan Tetelman
Chilean-American tenor Jonathan Tetelman has earned rave reviews and prestigious invitations from the world’s leading opera companies and orchestras for his vocal artistry and wholehearted performances. “The guy’s a total star,” declared the New York Times. The newspaper’s verdict, part of a growing critical consensus, reflects the all-round attributes of a singer whose voice is rich and powerful across its entire range and who owns the charisma and emotional intelligence required to hold an audience spellbound.
Following standout performances in Zandonai’s Francesca da Rimini for Deutsche Oper Berlin in March 2021 and a summer concert tour with Elīna Garanča, Jonathan Tetelman signed an exclusive agreement with Deutsche Grammophon in October 2021. He immediately began work on his debut album for the Yellow Label in company with the Orquesta Filarmónica de Gran Canaria and its Chief Conductor, Karel Mark Chichon. Set for release in summer 2022, the recording will feature Verdi and verismo arias, French lyric repertoire, and duets with Lithuanian soprano Vida Miknevičiûtė. “This album creates a portrait of what I feel represents my path as an artist, combining a few lesser-known works with arias and duets for the romantic tenor voice,” observes Tetelman.
At the start of the 2021–22 season, he made an acclaimed debut in the title-role of Verdi’s rarely staged Stiffelio for Opéra national du Rhin. Forum Opéra hailed him as “a genuine revelation”, while Olyrix noted how he “embodied with charisma a profoundly human Stiffelio … his voice embracing with ease the full expressive palette of this rare and demanding role”. His season continued with a return to the role of Cavaradossi in Tosca for his debut at the Theater an der Wien (January 2022) and critically praised debuts as Loris Ipanow in Oper Frankfurt’s first ever staging of Giordano’s Fedora (April/May) and as Jacopo Foscari – alongside Plácido Domingo – in the Maggio Musicale Fiorentino’s new production of Verdi’s I due Foscari (May/June). In July he will appear in a series of open-air concerts in Austria and Latvia with Elīna Garanca and Karel Mark Chichon.
Earlier highlights include his role debut as Canio in Pagliacci at the Teatro Regio Torino (August 2021); his debut at the Royal Opera House, Covent Garden as Alfredo Germont in La traviata, quickly followed by appearances as Rodolfo in La bohème (January & February 2020); Tosca and Madama Butterfly at Semperoper Dresden (November 2019 & September 2020); Beethoven’s Ninth Symphony with the San Francisco Symphony Orchestra and Michael Tilson Thomas (September 2019); Verdi’s Requiem with the Boston Symphony Orchestra and Andris Nelsons at the 2019 Tanglewood Festival; Cavaradossi at the Liceu, Barcelona (June 2019); and Rodolfo for Komische Oper Berlin and English National Opera.
Jonathan Tetelman was born in 1988 in Castro, Chile. He was adopted at seven months by American parents and raised in Princeton, New Jersey. His vocal talents were spotted during childhood by a local music teacher and cultivated at Princeton’s American Boychoir School. Having completed his undergraduate degree at the Manhattan School of Music – as a baritone – Tetelman went on to pursue graduate studies at Mannes School of Music, which is where he began to make the gradual transition to tenor. He later studied with Mark Schnaible, who was instrumental in finalising the process of transition, and remains a teacher and mentor today.
While waiting for his voice to evolve, Tetelman earned his living as a DJ in a Manhattan club. “This was my quarter-life crisis,” he recalls with humour. When the job lost its appeal, he made up his mind to focus fully on singing, a decision that ultimately led to competition success – including a place in the final of the Mildred Miller International Voice Competition (2016) and first prize in the New York Lyric Opera Theatre Competition (2017) – and his first professional engagements. Explaining how he went about it, Tetelman says: “I practically locked myself in for six months, and worked as a waiter, as well as having the support of my family, to pay for several lessons a week. I listened to old recordings and YouTube videos of great performers – while learning excellent technique and the mastery of my own voice, along with the knowledge of how to maintain voice health. And it’s worked! I am able to pursue my passion and love for singing every day!”