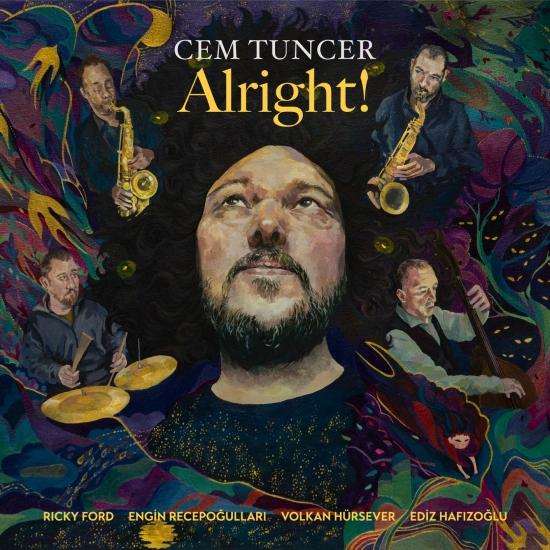 A leading guitarist, composer and arrangement-writer in Turkey, Cem Tuncer’s first solo album “Alright!” is released through Lin Records label. Tuncer, who has worked on award-winning TV series and film scores as well as sharing the stages and studios with Turkish pop and jazz stars, has included many surprises in his album. Ricky Ford has worked with a Turkish musician for a first time while recording with Cem Tuncer for “Alright!”. Grammy-winning musician and sound engineer David Darlington has done the album’s mastering…
Cem Tuncer, jazz guitarist, composer, arrangement-writer and producer, released his first solo album “Alright!” through Lin Records. He is accompanied by the members of his band Cem Tuncer Quartet, founded in 2011, who are Engin Recepoğulları on the saxophone, Volkan Hürsever on the double bass, Ediz Hafızoğlu on the drums and Ricky Ford. The album was released on digital platforms as well as in CD and LP formats, and consists of 10 pieces—9 of which were composed by Cem Tuncer and one by Ricky Ford.
Ricky Ford, who has shared the stage with jazz legends like Abdullah Ibrahim, Charles Mingus, Mercer Ellington and George Cables, is accompanying Cem Tuncer this time. It is the first time that the legendary jazz saxophonist Ford records with a Turkish musician.
The album’s title “Alright!” is a familiar term used among Turkish jazz musicians as a salute. Tuncer salutes jazz lovers with “Alright!” and jazz master Neşet Ruacan’s opinions about this album are as such: “An amazing jazz album! A wonderful studio recording and an album that is fully embodied by jazz. The compositions held these great musicians together so well. Great melodies, live solos—this album is a must to have in your collection with its suitability to both concert and club atmospheres. The compositions shine through and the presence of the soloists is balanced. The best piece of course is Z.T Blues. Congratulations M. Cem Tuncer!”
The mix and recording of “Alright!” was done at Hayyam Studios in Istanbul by Sinan Sakızlı and the mastering was done by the Grammy Award-winning musician and sound engineer David Darlington at Bass Hit Studios in New York. The album illustration belongs to Burcu Ürgüt and its design was done by Yiğit Gürevin.
Cem Tuncer, guitar
Ricky Ford, tenor saxophone
Engin Recepoğulları, tenor saxophone
Volkan Hürsever, double bass
Ediz Hafızoğlu, drums 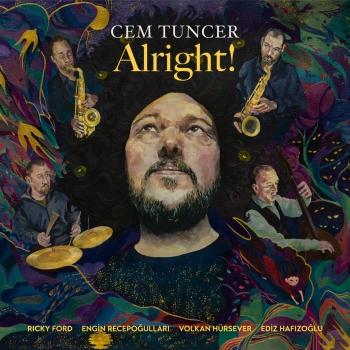 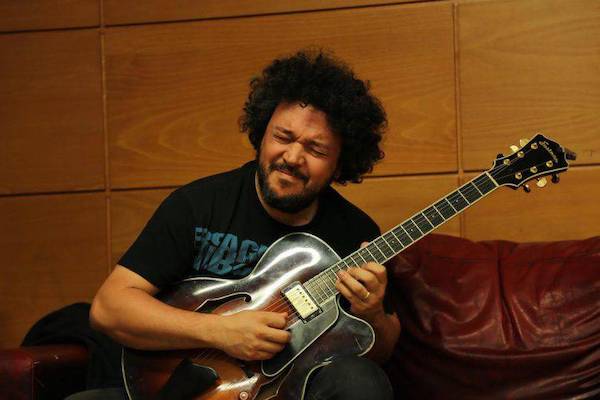