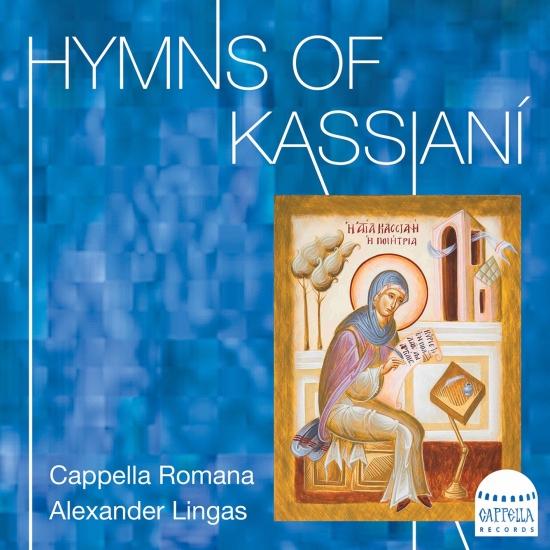 Info for Hymns of Kassianí

Cappella Records is proud to present the release of Hymns of Kassianí performed by Cappella Romana, Alexander Lingas, music director.
Discover the worlds earliest music by a female composer: 9th-century nun, poet, and hymnographer Kassianí (Kassía).
The same men and women of Cappella Romana who brought you the Lost Voices of Hagia Sophia bestseller (43 weeks on Billboard), now sing the earliest music we have by a female composer, including long-suppressed hymns recorded here for the first time. They close with two medieval versions of her beloved hymn for Orthodox Holy Week. Cappella Romana is the worlds leading ensemble in the field of medieval Byzantine chant. Building on its extensive catalogue of this repertoire, Hymns of Kassianí is its 25th release. This is the first of a planned series to record all of Kassianís surviving works."
Cappella Romana
Alexander Lingas, director 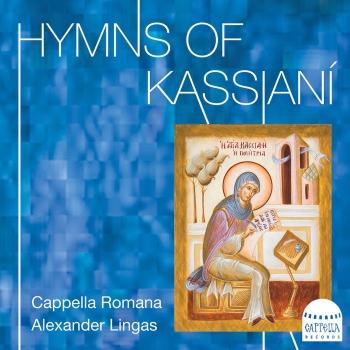 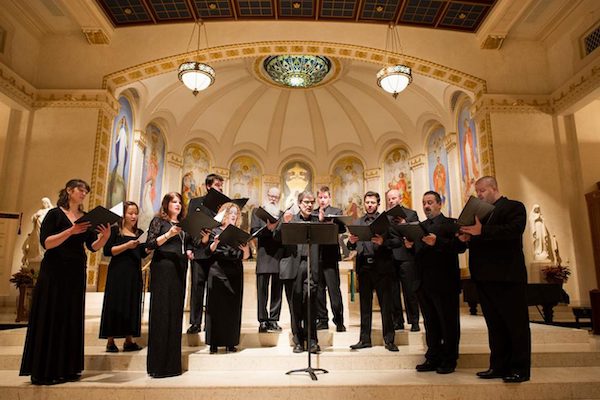 Cappella Romana
is a professional vocal ensemble that performs early and contemporary sacred classical music in the Christian traditions of East and West. The ensemble is known especially for its presentations and recordings of medieval Byzantine chant (the Eastern sibling of Gregorian chant), Greek and Russian Orthodox choral works, and other sacred music that expresses the historic traditions of a unified Christian inheritance.
Cappella Romana brings to life music that meets a deep human need, not only to belong and to have a shared creative experience, but to feel the full range of ethical, emotional, and spiritual effect as expressed through music. We strive to give an experience that allows you, our audience, to feel a sheer joy that cannot be contained by mere words, but through the ineffable sounds of the human voice in song.
Cappella Romana is a vocal ensemble dedicated to combining passion with scholarship in its exploration of the musical traditions of the Christian East and West, with emphasis on early and contemporary music.
Our vision is to give a glimpse of transcendence through the music of the Christian East and West.
Founded in 1991, Cappella Romana’s name refers to the medieval Greek concept of the Roman oikoumene (inhabited world), which embraced Rome and Western Europe, as well as the Byzantine Empire of Constantinople (“New Rome”) and its Slavic commonwealth.
Flexible in size according to the demands of the repertory, Cappella Romana has a special commitment to mastering the Slavic and Byzantine musical repertories in their original languages, thereby making accessible to the general public two great musical traditions that are little known in the West.
In the field of contemporary music, Cappella Romana has taken a leading role in bringing to audiences the vocal works of such European contemporary composers as Michael Adamis, Ivan Moody, Arvo Pärt, and John Tavener, as well as promoting the work of North Americans such as Fr. Sergei Glagolev, Christos Hatzis, Peter Michaelides, and Tikey Zes.
The vocal ensemble presents annual concert series in Portland, Oregon and Seattle, Washington, in addition to touring nationally and internationally. Critics have consistently praised these for their unusual and innovative programming, including numerous world and American premieres. The group regularly collaborates with such artists as conductor Paul Hillier, chant specialist Ioannis Arvanitis, and composer Ivan Moody.
The ensemble is based in Portland, Oregon, in the Pacific Northwest of the United States.

Booklet for Hymns of Kassianí