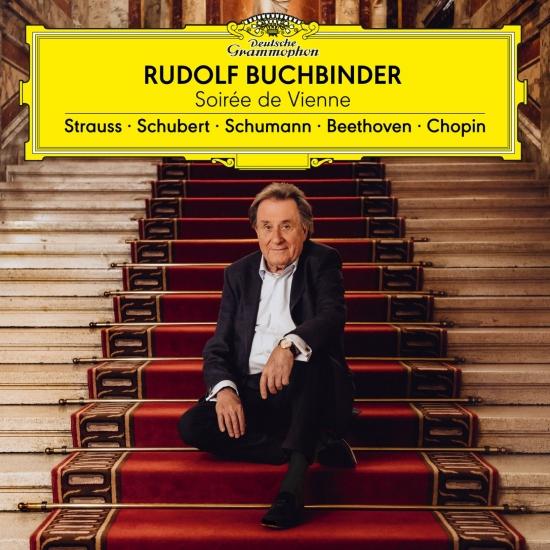 Rudolf Buchbinder is one of the legendary performers of our time. The authority of a career spanning more than 60 years is uniquely combined with esprit and spontaneity in his piano playing. Tradition and innovation, fidelity and freedom, authenticity and open-mindedness merge in his interpretation of the great piano literature.
"We all have impossible dreams. And one such dream has led to this album: I would so love to attend a Viennese soirée one day, where all the composers on this recording are gathered: Strauss, Schubert, Chopin, Schumann and Beethoven. These pieces embody the spirit of a good evening party: stimulating, good-humoured, lively, but always going deep." (Rudolf Buchbinder)
What a beautiful thought - they are all together on this evening: Franz Schubert, Robert Schumann, Ludwig van Beethoven, Frederic Chopin, Franz Liszt and Johann Strauss. They meet in Vienna, for a musical salon, and in the midst of them is the pianist Rudolf Buchbinder, at a "Soirée de Vienne". It was this thought, a dream, from which the idea for the new album of the same name by the great pianist Buchbinder was born: "Everyone has dreams that are impossible: I would so love to attend a soirée in Vienna one day where all the composers on this recording would be present." The album is more than a declaration of love to his home city of Vienna, which was the home and scene of tremendous musical developments, especially in the 18th and 19th centuries, all of which are reflected in Rudolf Buchbinder's broad oeuvre spanning various epochs - from Haydn to Mozart, Schubert to Johann Strauss. Vienna was and is the geographical centre of Rudolf Buchbinder's musical work. At the age of five the youngest student at the renowned Academy of Music, Buchbinder is today an honorary member of the Vienna Philharmonic, the Vienna Symphony Orchestra, the Society of Friends of Music and the Vienna Konzerthaus Society.
Beethoven as a part of the whole of life: this album now comes as an invitation to us to experience an evening in the tradition of the musical salons that were already cultivated in Vienna in Mozart's time. So we accompany the pianist to such an evening as would be conceivable somewhere in Vienna. And Buchbinder opens it with the concert paraphrase by Viennese pianist Alfred Grünberg on waltz motifs by Johann Strauss, the Soirée de Vienne, op. 56. The fact that this composer in particular stands for 19th-century Vienna is shown by the numerous arrangements of his works, including those by Viennese pianist Otto Schulhoff. Buchbinder chose the Pizzicato Polka from his Drei Bearbeitungen nach Motiven von Johann Strauss op. 9. The work of Ludwig van Beethoven is part of Rudolf Buchbinder's whole life - at the age of eleven he had played the Piano Concerto No. 1 in C major Op. 15 for the first time. Here we hear him with Beethoven's "Bagatelle in C major op. 33/5", which is truly a bagatelle in name only.
Chopin from childhood: In a way, Rudolf Buchbinder also takes stock of his successful pianist career of over 60 years with this album. He was just 9 years old when he played Frederic Chopin's "Etude in A flat major op. 25 No. 1" in the Brahms Hall of the Vienna Musikverein. Buchbinder chose it for his soirée alongside a few waltzes and the "Nocturne in E flat major, op. 9/2". Franz Schubert had composed his "4 Impromptus, Op.90, D.899 1827" in Vienna, where they were published by the publisher Tobias Haslinger on 10 December of the same year. They are also on the programme of Buchbinder's soirée, as are Schubert's "Kupelwieser Waltz" in an arrangement by Richard Strauss and the Marche militaire, arranged by the Polish composer Carl Tausig. Rudolf Buchbinder repeatedly emphasises the great importance of Franz Liszt for his work, not least because Liszt contributed a great deal to popularising Schubert with his paraphrases and Schubert song arrangements. Finally, it is Liszt's "Valse-Caprice in A minor, No.6" from the "Soirées de Vienne S427" of 1853 after waltzes by Schubert with which Rudolf Buchbinder closes his album. "Great art is characterised by the fact that it naturally entertains", says Buchbinder, who in this respect definitely wants to be understood as an "entertainer". "I believe that it is particularly important in our time to revive the conversational culture of the soirée." With this album, we are in the middle of it, so to speak.
Rudolf Buchbinder, piano 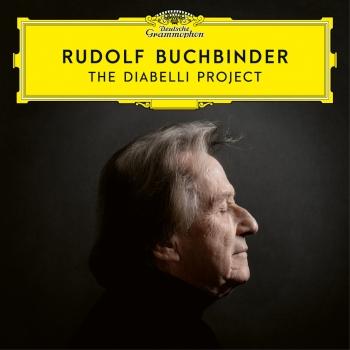 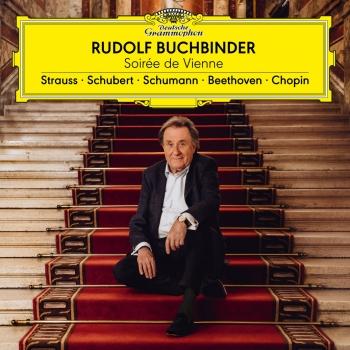 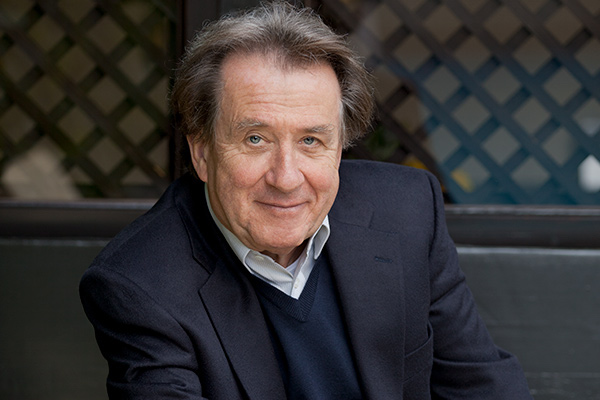