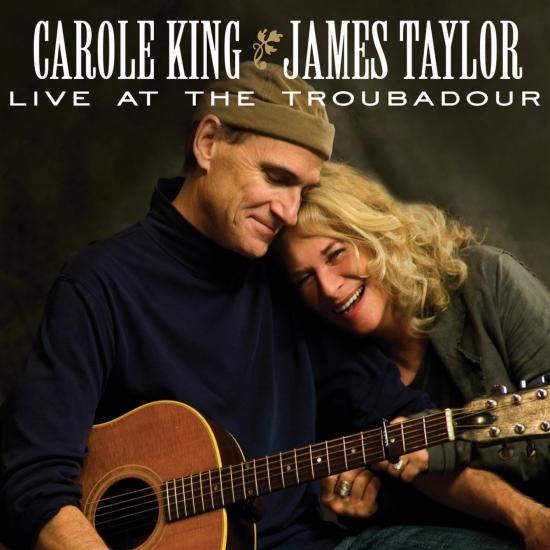 Info for Live At The Troubadour (Remastered)

The debut from Carole King & James Taylor’s bestselling album Live at the Troubadour finally in 96kHz. Originally released in 2010, the historic recording captures a rare and intimate 2007 performances by the legendary songwriters and includes such iconic, collective hits as “You’ve Got A Friend,” “Fire and Rain,” “Blossom” and “I Feel the Earth Move.”
When James Taylor and Carole King announced a three-night run at the Troubadour in 2007, it was to celebrate the hallowed venue’s 50th anniversary. The West Hollywood club, which was synonymous with the ’70s singer-songwriter movement, had played a central role in both artists’ early solo careers. Yet, as they returned to the Troubadour stage for the first time together in nearly 40 years, they were also celebrating one of the industry’s most enduring friendships.
In 1969, James Taylor was a rising singer-songwriter who had just released his self-titled debut and relocated to Los Angeles. It was there that the 21-year-old met songwriter Carole King, a recent New York transplant. At 27, King had already penned a decade-long string of chart-busting hits, including “Will You Love Me Tomorrow” (as recorded by the Shirelles), “The Loco-Motion” (Little Eva), “Up on the Roof” (the Drifters) and “(You Make Me Feel Like) A Natural Woman” (Aretha Franklin).
When Taylor booked a six-night residency at the Troubadour, he invited King to play piano in his band. While King was much more comfortable in her role behind the scenes, Taylor urged her to perform her own material in between his sets. Thanks to the encouragement, King stepped into the spotlight a year later, releasing her solo debut, Writer. Taylor, meanwhile, found his commercial breakthrough with Sweet Baby James. In November 1970, they co-headlined the Troubadour. Not long after that show, the two artists would separately rise to unimaginable heights—yet their friendship never waned.
Reuniting at the Troubadour 37 years later, Taylor and King were joined by the same musicians who supported them during that original show—guitarist Danny Kortchmar, bassist Leland Sklar and drummer Russ Kunkel. This time, however, both artists had a vast canon of collective hits to choose from, including Taylor’s “Fire and Rain” (off 1970’s Sweet Baby James) and King’s breakthrough singles “It’s Too Late” and “I Feel the Earth Move” (both off 1971’s GRAMMY®-winning Tapestry).
The pair also emphasized their intertwined careers, with selections like “You’ve Got a Friend.” The song, written by King in 1971 and featured on Tapestry, was also recorded by Taylor that same year for Mud Slide Slim and the Blue Horizon. The tune became Taylor’s first No. 1 hit and earned both artists GRAMMY® Awards in 1972. In a 2010 interview on NPR’s All Things Considered, Taylor spoke about the song: “I’ve played [“You've Got a Friend”] for audiences over and over again, and it never grows tired for me…I always make a connection with the tune, and I’m brought back to that moment at the Troubadour when I stood outside the dressing room...and looked down at Carole playing her set on the stage below. As soon as I heard the tune...it was so compelling, musically. I just had to play it. I was desperate to get to my guitar and wander through those changes and sing that song.”
King and Taylor’s captivating performance was released as Live at the Troubadour in 2010. The widely acclaimed, gold-certified title debuted at No. 4 on the Billboard 200, earning King her first Top Ten album since 1976 and helping Taylor achieve the incredible feat of a Top Ten album every decade since the ’70s. The performance also spawned the pair’s record-breaking Troubadour Reunion Tour in 2010, which found King and Taylor selling out arenas in North America, Australia, New Zealand and Japan.
Carole King, vocals, piano
James Taylor, vocals, guitar, harmonica
Danny Kortchmar, guitar
Leland Sklar, bass
Russ Kunkel, drums
Digitally remastered 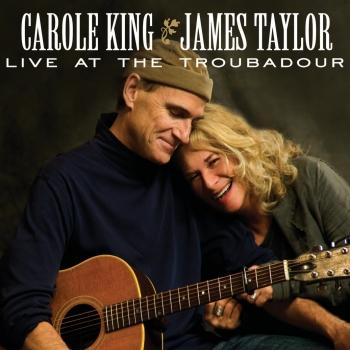 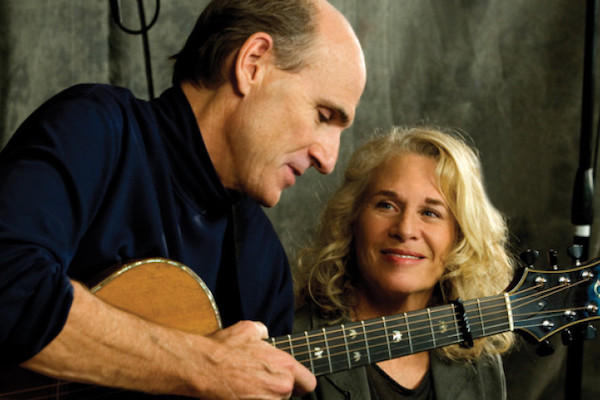