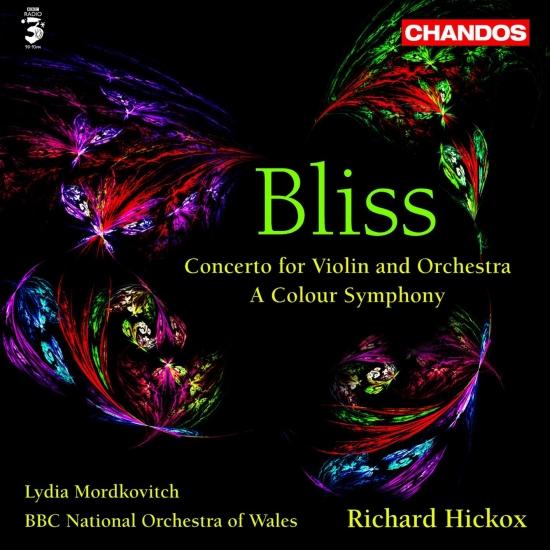 Info for Bliss A Colour Symphony & Concerto for Violin and Orchestra

This release follows the recent Stanford Songs of the Sea release (CHSA 5043) from Hickox and the BBC NOW, which was 'Recording of the Month' in Gramophone magazine and 'Classical CD of the Week' in both The Times and The Daily Telegraph
In this new recording of Bliss's Violin Concerto, Lydia Mordkovitch, famous for her readings of British music, offers her own personal interpretation of the part made famous by Alfredo Campoli, for whom the work was commissioned. Mordkovitch wonderfully conveys the romance and beauty of this concerto, as well as the fiery nature of the gypsy theme prominent in the finale. This is the only available recording of the Violin Concerto, uniquely coupling with A Colour Symphony.
A Colour Symphony illustrates four heraldic colours by means of striking ideas and original orchestral effects. Hickox and the BBC NOW provide a refined and idiomatic reading, confirming this as one of Bliss's most inventive, striking scores, neglected in recent years.
"…Bliss's Colour Symphony was the work that put him on the map and it remains one of his most characteristic achievements. …Hickox just comes out in front, projecting Bliss's invention in full splendour. The Violin Concerto… is a splendid vehicle for a violinist of the right temperament, and Lydia Mordkovich rises to its challenges with ardour and consummate technique." (BBC Music Magazine)
"Strange we've had to wait such an age for a modern version of Bliss's Violin Concerto. …it’s a meaty, characteristically red-blooded utterance firmly in the romantic virtuoso tradition and well worth getting to know. Lydia Mordkovitch… responds with unflagging conviction and her customary no-holds barred passion and receives alert, warm-hearted support. A Colour Symphony has not lacked noteworthy advocacy down the years, and Hickox's swells the number of versions I've encountered to a healthy half-dozen. Most enjoyable it is, too: observant, affectionately shaped and often very beautiful." (Gramophone Magazin)
Lydia Mordkovitch, violine
BBC National Orchestra of Wales
Richard Hickox, conductor 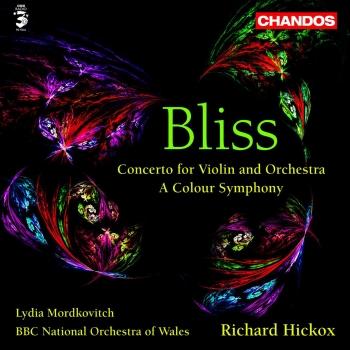 Bliss A Colour Symphony & Concerto for Violin and Orchestra