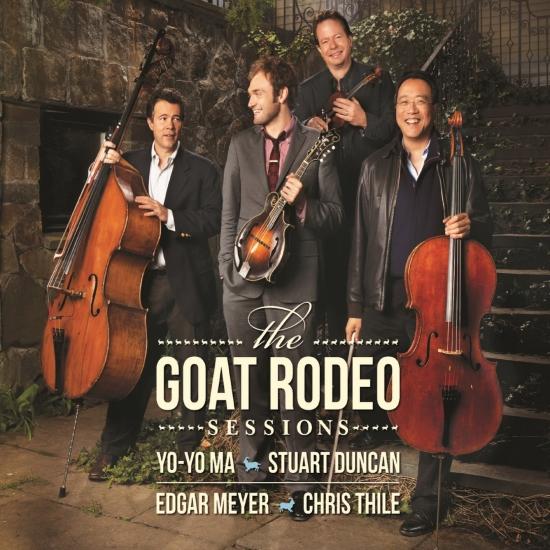 The Goat Rodeo Sessions is a landmark album project by four of the great instrumentalists in music. The album uniquely showcases cellist Yo-Yo Ma, bassist Edgar Meyer, mandolinist Chris Thile and fiddler Stuart Duncan.
While each musician is a renowned superstar in his own sphere, they have come together now as a unified ensemble on a most remarkable and organic cross-genre project stemming from their friendship, and the title concept. The Goat Rodeo is summed up by Yo-Yo Ma: “In the end, what we’re trying to do is simply make music that transcends whatever roots or categories of backgrounds that it starts from, that just exists as something that we’re trying to express, through our community of values, as a moment in time creating very special music.”
Yo-Yo Ma, cello
Chris Thile, mandoline, viol; vocals (tracks: 5, 9, 16)
Stuart Duncan, fiddle, mandoline, banjo
Edgar Meyer, bass, piano
Aoife O'Donovan, vocals (tracks: 5, 9, 16)
Produced by Steve Epstein 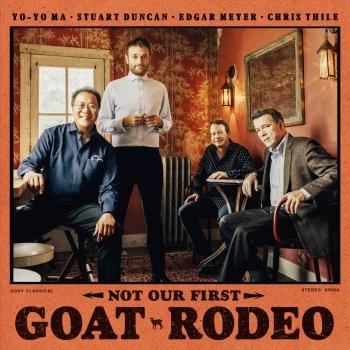 Not Our First Goat Rodeo 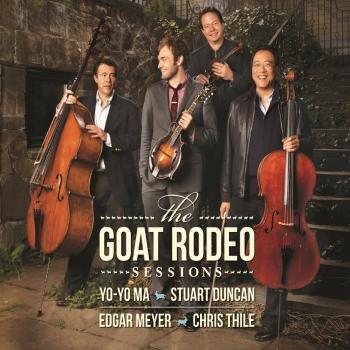 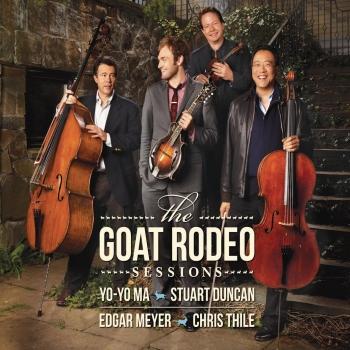 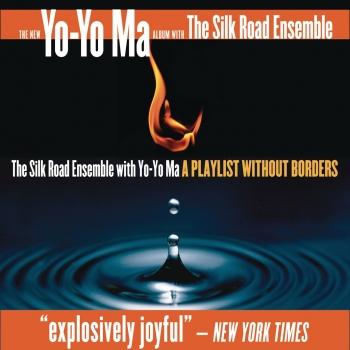 A Playlist Without Borders 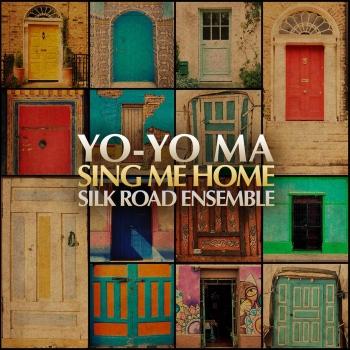 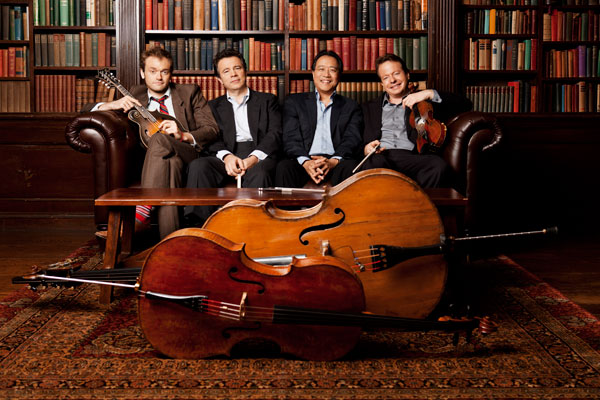