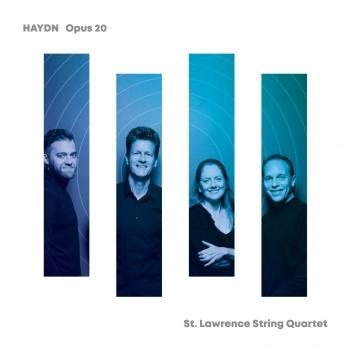 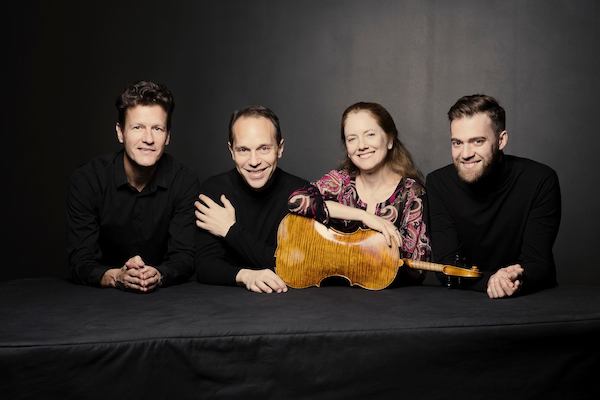 The St. Lawrence String Quartet (SLSQ)
has established itself among the world-class chamber ensembles of its generation. Its mission: bring every piece of music to the audience in vivid color, with pronounced communication and teamwork, and great respect to the composer. Since winning both the Banff International String Quartet Competition and Young Concert Artists International Auditions in 1992, the quartet has delighted audiences with its spontaneous, passionate, and dynamic performances. Alex Ross of The New Yorker magazine writes, "the St. Lawrence are remarkable not simply for the quality of their music making, exalted as it is, but for the joy they take in the act of connection."
“A sound that has just about everything one wants from a quartet, most notably precision, warmth and an electricity that conveys the excitement of playing whatever is on their stands at the moment.” – The New York Times
Established in 1989, the St. Lawrence String Quartet earned international recognition within a few years, winning both the Banff Quartet Competition and the Young Concert Artists audition in 1992. The group has since developed an undisputed reputation as a truly world class chamber ensemble. Called “witty, buoyant, and wickedly attentive (The Gazette, Montreal), with a “peerless” sense of ensemble (Financial Times, London), the quartet is celebrated for its “smoldering intensity” (Washington Post), and “flexibility, dramatic fire and… hint of rock 'n' roll energy” (LA Times).
SLSQ performs internationally and has served as Ensemble in Residence at Stanford University since 1998. The St. Lawrence continues to build its reputation for imaginative and spontaneous music-making through an energetic commitment to the great established quartet literature, as well as the championing of new works by such composers as John Adams, Osvaldo Golijov, Ezequiel Vinao, and Jonathan Berger. Of their collaborations with Adams, the Washington Post asserted “If good relationships are built on trust, the bond between the St. Lawrence String Quartet and composer John Adams is a marriage made in chamber music heaven.”