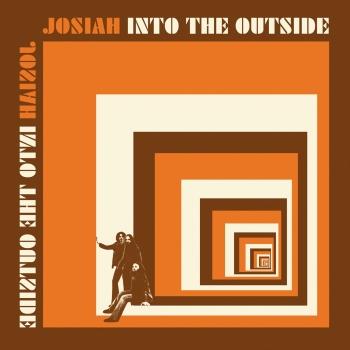 Josiah
are a stoner rock/fuzz rock trio originating from Leicester. Active between 2000 and 2008 quickly established themselves in the stoner scene for aggressive touring and energetic shows. In their eight-year span the band managed to release four studio albums and performed with many major players in the stoner/fuzz scene.
Josiah initially formed in 2000 by the founding lineup of Mathew Bethancourt, Sie Beasley and Chris Jones. Early shows would be with (amongst others) The Lost Prophets, Nebula, Zen Guerilla and Modey Lemon, gained the band respect from crowds, press and peers alike, showcasing a fresh,soulful and high octane live rock experience. In June 2001 the group reinforced their rising status with heavy touring in the UK and their debut release Out Of The First Rays (the limited edition 10” ep released via Cargo Records) which rapidly disappeared from stores as Marianne Hobbs aired its killer cut “Malpaso” on her Radio One Rock Show and Metal Hammer included another ep track “Space-quake” on a compilation CD along side a live review and interview with the band.
The release of the eponymous debut album Josiah in April 2002 via UK independent Molten Records was a logical progression for the bands brand of heavy acid rock and led to some fine reviews. A 20 date UK tour in May 2002 reinforced the groups status as a not to be missed high energy live experience and “Malpaso” appeared on the movie soundtracks of snowboarding masterpiece King Size, gritty British drama A Way Of Life staring Brenda Blethyn and the Channel 5 skater show RAD.
In June 2003 with new drummer Bill Darlington Josiah released a limited 7” single “The Electric Cool” via cult Italian label Beard Of Stars backed with the Grand Funk Railroad cover “We Got This Thing On The Move” achieving airplay on radio stations across the globe including Steve Lamacq’s Radio 6 show in the UK.
In the Autumn of 2003 Josiah welcomed third drummer Greg Baldwin to the fold and recorded a live Radio One session in May 2004 during a UK tour, played with the likes of The Killers and The Black Keys then set about writing and recording the second album Into The Outside. With this release the band refined the fuzzed out jams of their debut creating groove based riffs by way of some Heavy Nu Blues and Acid Rock. The big hooks, soaring lead work and a deep knowledge of classic rock and beyond put Josiah well and truly in range of any self respecting rock fans radar. September 2004 saw the release of Into The Outside to positive reviews. With their fourth drummer in Keith Beacom, Josiah hit the road for their first European tour supporting Danish psych rockers On Trial, followed by an appearance at the 2005 Roadburn Festival playing to a full house, then another three week headline European tour in September 2005.
During 2006 Josiah stepped back from the live scene to write and record their third album at Foel Studios, Wales. The band would explore a darker, heavier side with this third album. They still found time to play some big summer festivals along with a ten date headline UK tour in October 2006, a two week Swedish tour in March 2007 with Dexter Jones' Circus Orchestra, a two week European tour in April which included a return to Roadburn. Shows would follow sharing the stage with the likes of The Hidden Hand and Beehoover among a UK tour June 2007. No Time was released June 2007 worldwide via German label Elektrohasch Schallplatten. Josiah continued to tour throughout 2007 culminating in a massive show at the Carling Academy London supporting Orange Goblin. However the members of Josiah decided to call it a day in 2008 with their final performance at Duna Jam in Sardinia, Italy. The next year the band released a posthumous album entitled Procession on Elektrohasch Schallplatten, a mix of unreleased studio recordings and live songs in Sweden from their 2007 tour.
On 2 April 2021 it would be announced that Josiah's first EP would be re-issued by Italian label Heavy Psych Sounds, along with the band reforming to compose a new studio album as part of the PostWax series by Blues Funeral Recordings.