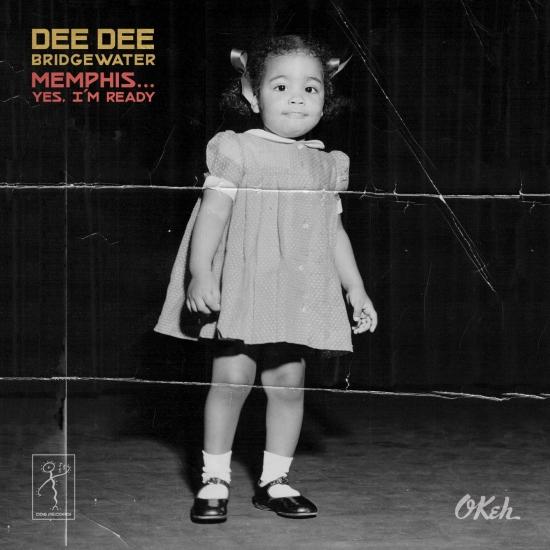 Every picture tells a story; every journey begins differently. The story of Dee Dee Bridgewater's stunning new album, Memphis...Yes, I'm Ready, begins in that city, where she was born at Collins Chapel Hospital, located not far from where the album was recorded at Producer Willie Mitchell's historic Royal Studios. Dee Dee's father, a trumpet player, also affectionately known as "Matt the Platter Cat", was a DJ at WDIA, the top Memphis radio station. Even when the family moved to neighboring Flint, Michigan, as a young girl Dee Dee would listen to the great sounds of the Memphis music scene by tuning-in late night from across state lines. And oh what a music scene it was!
"Even as a young girl the music moved me, inspired me, made me dance with joy and cry with emotion. My life journey may have started in Mali, West Africa, as a descendent of the Peul tribe and the Fulani of Nigeria (explored on her 2007 recording, "Red Earth" recorded in Mali) but it certainly was nurtured by my childhood in the South and all of the amazing music that I was being exposed to."
To honor Memphis and her roots, the 2017 NEA Jazz Master, three-time Grammy and Tony award winner, and UN Ambassador for the Food And Agriculture Organization knew that she would have to come back home to do it right. The album was co-produced by Memphis native and Grammy-winning musician Kirk Whalum, Willie Mitchell's son, Grammy-winning Engineer Lawrence "Boo" Mitchell, and Bridgewater's daughter/manager, Tulani Bridgewater. Memphis...Yes, I'm Ready was recorded at Royal Studios in Fall 2016 after multiple visits by Bridgewater to Memphis over a period of several years, during which time she absorbed as much of the music, culture, heart and soul of the city as she could possibly consume.
"Working in Memphis at Royal Studios is like magic," says Bridgewater. "There's so much history that has been recorded in those walls. I just felt I could take this journey in that city with Kirk and Boo. They are my two kingpins and the two helped me realize this project and bring it to fruition."
Dee Dee was determined to recapture the same magic and history of the Blues, R&B and Soul classics in the recordings that were originally made in or associated with Memphis. "I wanted people to be able to recall the original versions, but I also wanted them to have a more modern feeling while respecting those originals. I'm doing B.B. King's ‘Thrill Is Gone,’ Bobby Blue Bland’s ‘Going Down Slow’, Otis Redding's ‘Try A Little Tenderness,’ Al Green’s ‘Can't Get Next To You,’ Ann Peebles’ ‘I Can't Stand The Rain’ and The Staple Sisters’ ‘Why? (Am I Treated So Bad)’ - it just doesn't get any better than this in terms of material. The opportunity to make them my own was an opportunity and a challenge I felt honored to take on."
In reality, Bridgewater even prayed her project was on the right path. She said her prayers were answered when, out of the blue, Memphis' own Stax Records singing legend Carla Thomas dropped by Royal Studios just after Dee Dee had finished mixing Thomas' hit, ‘B.A.B.Y.’
"Being able to play ‘B.A.B.Y.’ for Carla and listening to her share stories about my father playing with her father, Rufus Thomas, and talking about life in Memphis in general was the final affirmation that I needed for the project…the icing on the cake."
The result of this recording is an album that sounds like Memphis and feels like Memphis but also, sounds and feels as only a Dee Dee Bridgewater album can, imbibed with her own fierce passion, originality and incredibly dynamic take on the tracks.
"I want to honor Memphis, which we call Soulsville, because it has brought joy to so many people around the world,” says Bridgewater. “It has always been a part of me. The more I come back, the more at home I feel. I will eventually move back here. Much of my heart and soul are here." 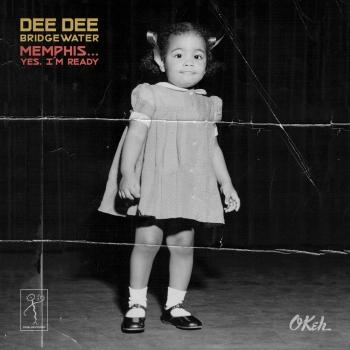 Dee Dee Bridgewater
Over the course of a multifaceted career spanning four decades, Grammy and Tony Award-winning Jazz giant Dee Dee Bridgewater has ascended to the upper echelon of vocalists, putting her unique spin on standards, as well as taking intrepid leaps of faith in re-envisioning jazz classics. Ever the fearless voyager, explorer, pioneer and keeper of tradition, the three-time Grammy-winner recently won the 2011 Grammy for Best Jazz Vocal Album for Eleanora Fagan (1915-1959): To Billie With Love From Dee Dee. Bridgewater’s career has always bridged musical genres. She earned her first professional experience as a member of the legendary Thad Jones/Mel Louis Big Band, and throughout the 70’s she performed with such jazz notables as Max Roach, Sonny Rollins, Dexter Gordon and Dizzy Gillespie. After a foray into the pop world during the 1980s, she relocated to Paris and began to turn her attention back to Jazz. Signing with the Universal Music Group as a producer (Bridgewater produces
all of her CDs), Bridgewater released a series of critically-acclaimed titles beginning with KeepingTradition in 1993. All but one, including her wildly successful double Grammy Award-winning tribute to Ella Fitzgerald,Dear Ella - have received Grammy nominations. Bridgewater also pursued a parallel career in musical theater, winning a Tony Award for her role as “Glinda” in The Wiz in 1975. Her other theatrical credits include Sophisticated Ladies, Black Ballad, Carmen, Cabaret and the West End Production of Lady Day, for which Bridgewater received the British Laurence Olivier Nomination for Best Actress in a Musical. As a Goodwill Ambassador to the United Nations’ Food and Agriculture Organization (FAO), Bridgewater continues to appeal for international solidarity to finance global grassroots projects in the fight against world hunger.
New Orleans Jazz Orchestra
The New Orleans Jazz Orchestra creates Jazz to enhance life, transform place, and elevate spirit. NOJO inspires freedom and culture in the individual and the global community by creating authentic, engaging Jazz experiences that celebrate the origins and transform the future of Jazz. As a performing arts organization, our goal is to strengthen the business of Jazz through performances, tours, recordings, education and media platforms. NOJO is the first and only performing arts institution committed solely to the development of an Industry for Jazz in the city that created it.
NOJO’s first building project, The Peoples Health New Orleans Jazz Market, will open in Spring 2015 as a performing arts venue and Jazz community center in Central City New Orleans. The Jazz Market will feature music education experiences for all ages, a New Orleans Jazz Archive, tributes to current and past Jazz Masters, and performances by Irvin Mayfield, NOJO and other renowned musicians.
Irvin Mayfield
37, is a Grammy and Billboard Award-winning artist with 25 albums to his credit. Mayfield is the founding Artistic Director of the New Orleans Jazz Orchestra and currently serves as Jazz Artist in Residence for the Apollo Theater; he served as Artistic Director of Jazz for the Minnesota Orchestra from 2009-2015. He is also a professor at the University of New Orleans, where he serves as Director of the New Orleans Jazz Institute. In 2009, he entered into a historic partnership with the Royal Sonesta Hotel and created Irvin Mayfield’s Jazz Playhouse, which brought "Jazz back to Bourbon Street" in the historic French Quarter. Mayfield was nominated to the National Council on the Arts by President George W. Bush and was subsequently appointed to the post by President Barack Obama in 2010. He also received The Chancellor’s Award from the University of New Orleans (the highest ranking award given to a professor) in 2010 and was awarded an Honorary Doctorate from Dillard University in 2011. A passionate advocate for New Orleans and for the arts, Mayfield is Chairman of the Board for the Soledad O'Brien & Brad Raymond Starfish Foundation, as well as the New Orleans African American Museum of Art, Culture and History. He is Chairman Emeritus of the New Orleans Public Library and serves on the boards of Louisiana State University’s Department of Psychiatry and Health Science, the New Orleans Jazz and Heritage Foundation, the New Orleans Convention & Visitors Bureau, the New Orleans Police and Justice Foundation, the New Orleans Public Library Foundation, Tulane University’s School of Architecture, Unity of Greater New Orleans, the Urban Libraries Council, and the Youth Rescue Initiative. He and NOJO recently opened the first space built for Jazz in the city that created the music — The Peoples Health New Orleans Jazz Market.