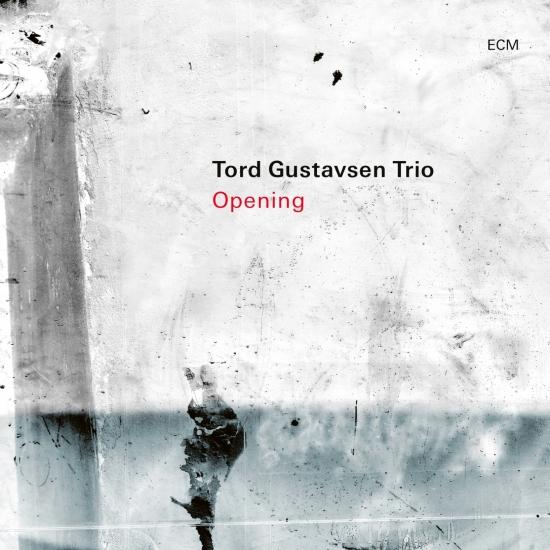 On the album Opening, Tord Gustavsen reveals a fresh angle to his particularly unique trio investigations into Scandinavian folk hymns, gospel, chorale and jazz, as he introduces a different voice on bass. With a new fellow-traveller on board and its recording premiere in Lugano's Auditorio Stelio Molo, the trio discovers inspired new ways to interact with each other, using innovative approaches to sound and technique in the process. Made up in equal parts of intricately textured improvisations and understated melodic hooks, the group’s conversations bring an enticing unfamiliarity to the language the Norwegian pianist has developed over almost two decades of collaboration with ECM.
Tord Gustavsen’s album Opening develops the traits and styles explored on his earlier works, while introducing a broader spectrum of suppleness and a transformed sense of interplay to the trio’s repertory. It is the first Gustavsen Trio recording with Steinar Raknes on bass and the newcomer feels quite at home supporting his colleagues in the deep end, settling in quickly between Tord’s refined chordal studies and Jarle Vespestad’s delicate stick- and brushwork.
There’s a particularly striking openness to the music, marked by spacious improvisations and a tendency to reveal the secrets and melodies at their own pace. “The urge for saying something, be it abstract or lyrical, has to come from within,” Tord reasons. “During the recording of the album it felt better to do the breathing first, open up the soundscape in more organic ways and let the melody enter when it comes naturally.“
Multiple causes may account for the shift in temperament on Opening – the change in lineup certainly being one of them. Bassist Steinar Raknes establishes a firm counterpoint in the music. “He’s an extroverted bass player, who likes to take center stage, while also being an incredibly supportive and humble accompanist, so he moves very swiftly between background, collective and soloist roles.” An ideal counterbalance to the variable basslines, Jarle’s percussive rumination acts as a mediator, guiding his fellow musicians through alternating even-pulsed and rubato passages.
Here more than ever Tord dwells on minuscule fragments, brief chord chains and scarce hints of motifs, developing the material patiently: “It’s something I’ve been doing a lot in solo concerts. Having themes just appear out of the dark and disappearing back into a shady undercurrent…”
In a way picking up where the prior trio album The Other Side left off, album-opening „The Circle“ presents a hymnal refrain, fashioned with a humble design. “I was sitting at the piano and the first four bars just came to me. I worked out and developed the remaining structure deliberately, but more and more I find that the best tunes I’ve written over the years basically just came to me, like gifts. I then have the responsibility to shape the gift, make it grow and turn it into a complete piece”.
The trio offers spontaneous moments of dense rubato interplay on “Opening” and “Findings”, the latter of which ends on an instrumental quote of the Swedish folk song “Visa från Rättvik”. “It shows that I was listening to the classic Swedish Folk-tune arrangements by the late Jan Johansson, who also happened to be one of the greatest Swedish jazz pianists. I’ve been learning many of his arrangements by heart, just as an exercise, and that influence is in evidence here“. These are also the most freely improvised exhibits of the record, as is counterpart “Findings II”. “I really enjoy building these miniatures — it’s something we often do in live situations. It’s about creating a shape, not about free improv in the sense of showing everything you’re capable of doing”.
With each song, the trio shifts focus, presenting the reduced, most skeletal shape of a composition on “The Longing”, the gentle untangling of melody on “Shepherd Song” and the subtle deconstruction of a dance with “Helensburgh Tango” – “to the point where it almost doesn’t qualify as a tango anymore”. Like “Re-opening”, most songs have prescribed harmonic changes and general shapes, “but when to move from one chord or section to the next isn’t pre-composed, but decided between us, in the spur of the moment”.
“Stream” uncovers a ‘classic’ piano trio ballad in shape and execution. “Though seemingly counterintuitive, in the studio our interplay grew densest during Steinar’s solo, then we move into a collective crescendo – both spontaneous decisions that really shed a different light on the track.” “Ritual” follows, seeing Steinar taking the lead with guitar-like treble and Gustavsen being in charge of the lower frequencies, applying subtle electronics in the process.
The group goes full circle with the one subject that pulls through Tord Gustavsen’s entire ECM oeuvre, as Opening closes with Norwegian folk themes: “Fløytelåt” (the flute) by composer Gveirr Tveitt and Egil Hovland’s “Vær sterk, min sjel” from the Norsk Salmebok, the Norwegian Hymnal. Instead of stating the obvious and immediately going for the melody, Gustavsen and his accompanists again broach the songs with openness, trading strict organization for thoughtful and effortless improvisation.
Opening was recorded in Lugano’s Auditorio Stelio Molo in November 2021 and produced by Manfred Eicher.
Tord Gustavsen, piano
Steinar Raknes,double bass, electronics
Jarle Vespestad, drums 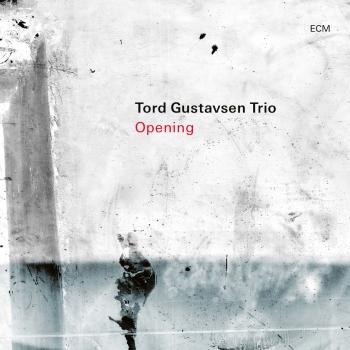 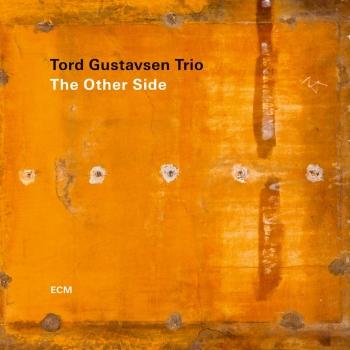 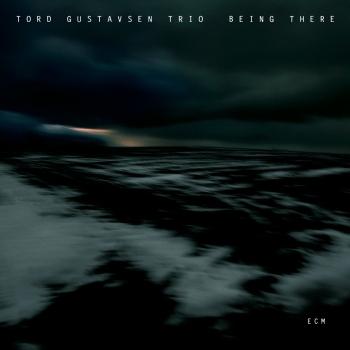 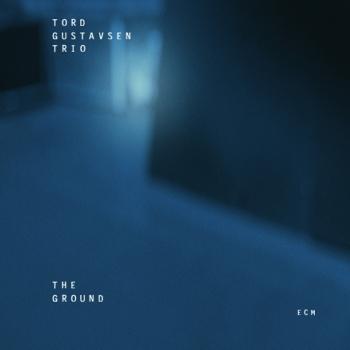