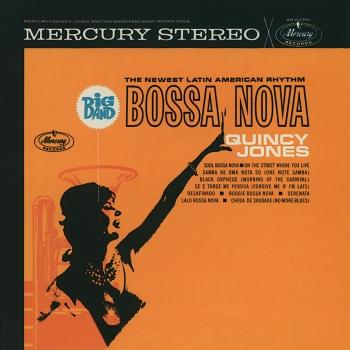 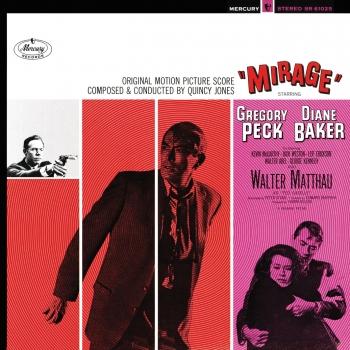 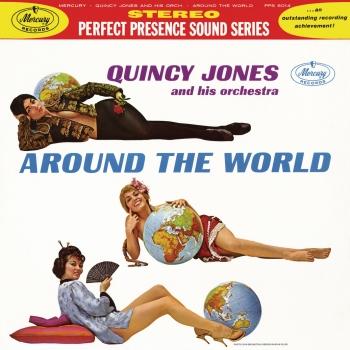 Around The World (Remaster)

Quincy Jones
was born on March 14, 1933, in Chicago and raised in Seattle. His interest in music began as a child and by the age of 12 he was singing in a gospel quartet. As a junior in high school he began playing the trumpet and continued his musical education at the prestigious Berkelee College of Music in Boston. His professional career blossomed with an offer to tour with Lionel Hampton's band as a trumpeter, arranger and sometime-pianist.
By the mid 1950's Quincy had moved to New York where he began arranging and recording for such diverse artists as Sarah Vaughan, Ray Charles, Count Basie, Duke Ellington, Dinah Washington and Cannonball Adderly. In 1957 he decided to continue his musical education in Europe with Nadia Boulanger, the legendary Parisian tutor of composers Leonard Bernstein and Aaron Copeland. He landed a job with Mercury Record's French distributor, Barclay Disques, where he recorded artists such as Charles Aznavour, Jacques Brel, Henri Salvador, Billy Eckstine and Andy Williams. His love affair with European audiences continues through today as co-producer of the annual Montreux Jazz and World Music Festival.
In 1961 Quincy became the vice-president of Mercury Records and the first high level black executive of an established major record company. Two years later he won his first Grammy Award for his Count Basie arrangement of "I Can't Stop Loving You." In his three year association as arranger and conductor for Frank Sinatra, Quincy, once again teamed with Count Basie, made history with his unforgettable arrangement of "Fly Me To The Moon;" the first recording played by Buzz Aldrin when he landed upon the moon's surface in 1969.
Expanding his career Quincy began scoring music for films, such as "The Pawnbroker", "In the Heat of the Night", "In Cold Blood" and "The Wiz", just to name a few of the 33 major motion picture scores to his credit. His equally numerous television scores include "The Bill Cosby Show", "Ironside", "Sanford and Son", and "Roots", for which he won an Emmy Award.
Together with Steven Spielberg he co-produced the adaptation of Alice Walker's "The Color Purple", winning eleven Oscar nominations and introducing Oprah Winfrey and Whoopi Goldberg to the movie audience. This marked Quincy's debut as a film producer.
Quincy Jones Entertainment (QJE), a co-venture with Time Warner, Inc. was formed in 1990 as a broad ranging, multi-media endeavor encompassing programming for current and future technologies, including theatrical motion pictures and network, cable and syndicated television. QJE produced the NBC-TV hit series, "The Fresh Prince of Bel Air", launching Will Smith's career as an actor. It also produced UPN's "In The House" and Fox TV's "Mad TV". Quincy Jones is also the publisher of VIBE Magazine and SPIN and BLAZE Magazines.
Of his many landmarks is his production of "We Are The World", in 1985, whose proceeds went to the famine in Africa and became the best selling single of all time, as well as Michael Jackson's, "Thriller"; the best selling album in the history of the recording industry.
Quincy Jones is the all-time most nominated Grammy artist with a total of 77 nominations and 26 winning Grammys. He has won an Emmy, seven Oscars, the Academy of Motion Picture Arts and Sciences' Jean Hersholt Humanitarian Award and The Grammy Living Legend Award. He is also the recipient of honorary doctorates from Howard University, the Berkelee College of Music, Seattle University, Wesleyan University, Brandeis University, Loyola University (New Orleans), Clark Atlanta University, Claremont University's Graduate School, the University of Connecticut, Harvard University, Tuskeegee University, New York University, University of Miami and The American Film Institute.
In 1990, his life and career were chronicled in the critically acclaimed Warner Bros. Film, "Listen Up: The Lives of Quincy Jones", produced by Courtney Sale Ross, a film which helped illuminate not only Quincy's life and spirit, but also revealed much about the development of the African American musical tradition. Reflecting on the changes in pop music over the years, Quincy says, "If there are any common denominators, they are spirit and musicality. I go for the music that gives me goose bumps, music that touches my heart and my soul."