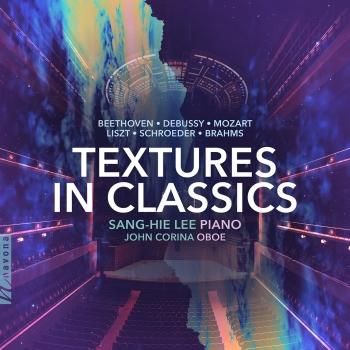 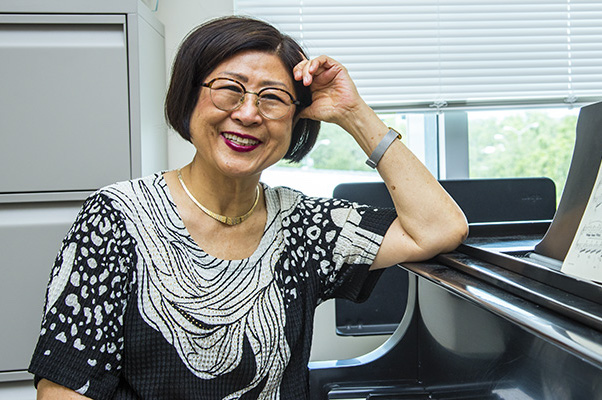 Dr. Sang-Hie Lee
Professor of Music at the University of South Florida, is an active teacher, pianist, researcher, author, and cross-disciplinary administrator. As the founder of Ars Nostra, she performs piano duo music by significant living composers: her music is featured in six albums by Ravello, Centaur, Capstone, and Albany labels. Lee is the principal author of Scholarly Research for Musicians: A Comprehensive Strategy (Learning Solutions Division, The McGraw-Hill, 2012, 2013 and Routledge 2017), and Scholarly Research in Music: Shared and Disciplinary-Specific Practices, 2nd Edition (Routledge 2022). She is the primary editor of Perspectives in Performing Arts Medicine: A Multidisciplinary Approach (Springer 2020) and was the founding editor of the Cultural Expressions in Music Monographs Series (College Music Society 2008-2014). She is the author of 74 scholarly publications, has presented 85 conference papers, keynotes, and lectures, hosted seven international conferences, and performed numerous solo and chamber-music concerts in the United States, South Korea, China, Serbia, Brazil, Italy, and Canada.
She served as the Associate Dean of the College of Fine Arts (1995-1998) and PI & Executive Director of AmeriCorps Arts USF (1997-2000), and is currently the Director of USF-Performing Arts Medicine Collaborative (2009- present). Lee’s research has focused on musician’s health, pianists’ hand biomechanics, retraining pianists with focal dystonia, piano technique, music faculty vitality and organizational conditions, and executive music leadership in higher education.
Lee’s papers are published in Medical Problems of Performing Artists, European Journal of Integrative Medicine, SciMedicine Journal, Psychomusicology, Médicine des Arts, the American Music Teacher, Piano Bulletin of European Piano Teachers Association, Australian Journal of Music Education, The College Music Symposium, the International Society for Music Education Conference Proceedings, and Music Teachers National Association session tape. She also published reviews and abstracts in Psychology of Music, The Piano Quarterly, the Bulletin of the Council of Research in Music Education, Conference on Piano Pedagogy Proceedings, and Music Educators National Conference proceedings. In addition, her research is introduced in the inaugurating MENC Handbook of Research on Music Teaching and Learning, Music, Motor Control and the Brain, the Pianist’s Reference Guide, Pianographie, the Piano Quarterly, and the Journal of the American Liszt Society.
Lee has completed D.M.A. and Ed.D. work at the University of Georgia, Ph.D. in Higher Education from the University of Michigan, M.M. in Piano Performance from the American Conservatory of Music, and B.A. in Piano Performance from Ewha Womans University. She has taught piano and piano pedagogy for 40 years at Grambling State University, the University of Alabama, the State University of New York.
John Corina
taught composition, oboe, and theory at the University of Georgia, Athens, and performed with the Georgia Woodwind Quintet for 25 years. While there he was a full professor, served as Chairman of Theory and Composition, was a member of the graduate faculty and, in 1985, was awarded the university’s teaching excellence Professorship. He has been Professor Emeritus of Music since his retirement in 1991.
As composer of over 130 works, Corina has received 14 awards from the American Society of Composers, Authors, and Publishers (ASCAP) and other organizations. As an oboist, he has performed throughout North America and Europe, accepting nine invitations to appear at the International Double Reed Society. He was a church organist and choir director for 50 years until retirement, the last 24 years of which he held the position of organist/choirmaster of Emmanuel Episcopal Church in Athens. He also directed and conducted the University of Georgia Symphony Orchestra and the Athens Choral Society, as well as numerous other choruses, orchestras, and bands.
The premiere of This Endris Night was on December 24, 2004, at St. Stephen’s Anglican Catholic Church in Athens GA under the direction of organist/choirmaster William Coscarelli. This publication is the result of a performance by the University of Georgia’s Collegium Musicum conducted by Dr. Mitos Andaya as part of the University’s Holiday Concerts 2011.