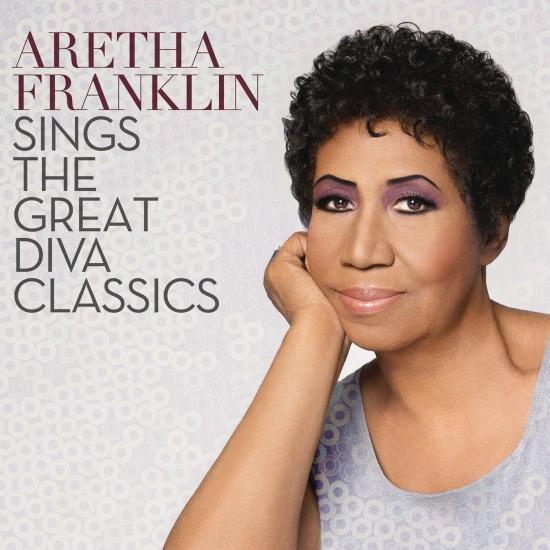 Aretha Franklin Sings the Great Diva Classics is the 38th studio album by American recording artist Aretha Franklin and was released on October 17, 2014. It features ten covers of songs made famous by female recording artists. This is Aretha's first recording for RCA Records and her first studio album to be released under a major label in 11 years - since the release of her 2003 studio album, So Damn Happy.
It's also her first album since 1998 to be executive produced by Clive Davis, her former boss at her former Arista Records label. Davis called the album 'purely and simply sensational' and said of Aretha Franklin, 'She's on fire and vocally in absolutely peak form. What a thrill to see this peerless artist still showing the way, still sending shivers up your spine, still demonstrating that all contemporary music needs right now is the voice. What a voice.' Production on the album includes R&B producers Kenny 'Babyface' Edmonds and Harvey Mason, Jr., hip-hop musician André 3000, and house producers Terry Hunter and Eric Kupper among others.
The first single released from the album is a cover of singer Adele's 'Rolling in the Deep', titled as 'Rolling in the Deep (The Aretha Version)', which also includes an interpolation of the Marvin Gaye and Tammi Terrell hit, 'Ain't No Mountain High Enough'. The single debuted at number 47 on the Billboard Hot R&B/Hip-Hop Songs chart. Aretha Franklin thus becomes the first female, and fourth artist overall, to place 100 songs the chart (with her first entry on the chart being 'Today I Sing the Blues' in 1960).